The Congress on Sunday appointed party secretary Asha Kumari as its in-charge of poll bound Punjab to succeed Kamal Nath days after he resigned following an opposition uproar but the choice triggered a controversy over her conviction in a land grab case.

Kumari, who is an MLA from Dalhousie in Himachal Pradesh, was given one-year imprisonment by a Chamba court in February this year but is currently on bail. Assembly elections are due in Punjab next year.

Nath, a veteran Congress leader, had to quit as All India Congress Committee in-charge of Punjab within three days after his appointment this month in the wake of an uproar by the Bharatiya Janata Party, the Shiromani Akali Dal and the Aam Aadmi Party over his alleged role in the 1984 anti-Sikh riots.

Kumari has served in various capacities in the party.

Party sources had earlier said that in Punjab the leadership could make a temporary appointment of an existing general secretary till a decision is taken on induction of new leaders in the AICC secretariat.

Kumari was convicted on February 26 in the land grab case by a Chamba court and sentenced to one year imprisonment, besides being fined Rs 8,000. The court had held her guilty of criminal conspiracy. On March 19, the Himachal Pradesh high court suspended the one-year sentence.

An AICC secretary and four-time MLA, Kumari was facing trial in the case for over a decade along with six other persons.

“First it was Kamal Nath and now Asha Kumari, who has been sentenced 1-year jail by court in a case of land grab that too recently. I think they don't have good leaders,” he said.

Nath had relinquished on June 15 the charge of Punjab after the BJP, the SAD and the AAP stepped up their attack on the party over the appointment.

He has refuted the allegations against him.

Nath has said that he was "hurt" by the developments wherein an ‘unnecessary controversy’ has been created around the ‘tragic’ 1984 riots. 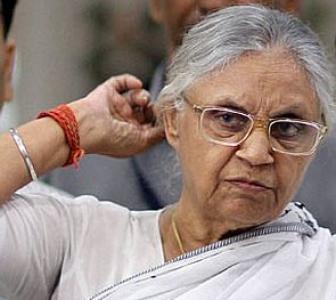 Sheila Dixit may be Congress' face in UP polls Gurudas Kamat has a change of heart, withdraws resignation from Congress