Cong will have 'relook' at Art 370 revocation, says Digvijay; BJP hits out

Congress leader Digvijay Singh's purported comments in a clubhouse conversation that the revocation of Article 370 and stripping Jammu and Kashmir of statehood was an "extremely sad" decision and his party will have a "relook" at the issue have triggered a row, with the Bharatiya Janata Party accusing him of speaking against India and in agreement with Pakistan. 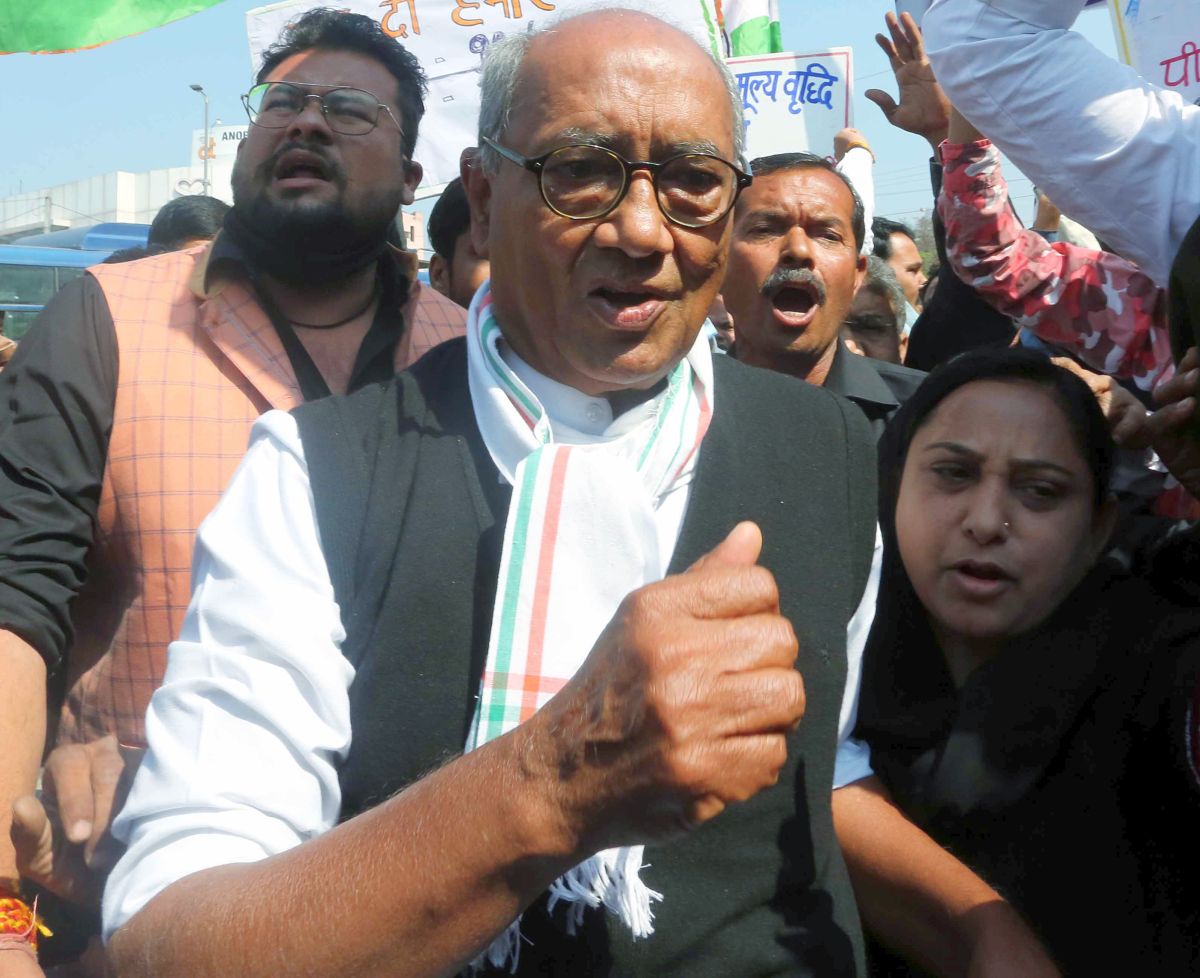 Singh's remarks to a person, who the BJP said was a journalist of Pakistani origin, was seized by the saffron party leaders to hit out at the opposition party with its spokesperson Sambit Patra demanding statements from Congress president Sonia Gandhi and her son Rahul Gandhi on the issue.

"The decision of revoking Article 370 and reducing the statehood of J&K is extremely, I would say, sad decision, and the Congress party would certainly have a relook on the issue," Singh said, according to bits of conversation available on social media.

He was responding to a question about the "way forward" on the issue once the Modi government is gone.

As the BJP attacked him, Singh posted a tweet in Hindi in an apparent jibe at the ruling party.

"This bunch of illiterate people cannot probably differentiate between 'shall' and 'consider'," the former Madhya Pradesh chief minister said.

Attacking him, Patra told reporters, "We have all seen how Digvijay Singh is spitting venom on India and speaking in agreement with Pakistan. This is the same person who had dubbed the Pulwama attack as an accident and described the 26/11 Mumabi attack as RSS conspiracy."

The BJP leader cited old comments of other Congress leaders, including Rahul Gandhi and Mani Shankar Aiyar, to allege that Singh's remarks were part of a larger pattern of the party being "hand in glove" with Pakistan.

"This is all part of the toolkit which the BJP had exposed," Patra said in a reference to a controversial document rejected as fake by the Congress.

The Congress would go to the extent of collaborating with China and Pakistan to spread "hate" against Modi and India, he alleged.

"The Congress should change its name from INC (Indian National Congress) to ANC, Anti-national Clubhouse. This is such a clubhouse whose members have begun hating India while hating Modi," he alleged.

Patra asked Sonia Gandhi and Rahul to make their party's stand clear on the issue.

He claimed that Rahul Gandhi is the leader of these Congress politicians, adding that Pakistan prime minister Imran Khan had used his criticism of Article 370 as part of his country's dossier against India on the issue in the UN.

Union ministers Giriraj Singh and Kiren Rijiju were among other BJP leaders who targeted the Congress in their tweets over the issue.