Cong urges Muslim community to back it in Guj polls, asks to defeat AIMIM, AAP

Congress leaders in Gujarat on Wednesday urged the members of the Muslim community to support the party in the upcoming state polls in order to defeat the "devious" agenda of the ruling Bharatiya Janata Party. They also urged the minority community not to get carried away by the propaganda of the new entrants in the fray -- All India Majlis-E-Ittehadul Muslimeen and the Aam Aadmi Party, which they termed as the BJP's "B and C teams", saying that doing so would divide its votes and ultimately help the ruling party.

They were speaking at a function to felicitate Kadir Pirzada, the newly-appointed working president of the party's Gujarat unit, and other leaders.

Assembly elections in the BJP-ruled Gujarat are due by the end of this year.

He also called for an election manifesto for the minority communities.

"All of us know who are behind the communal riots happening in the country, and how they benefit from it. We know and still fall prey to it. We should stay cautious about not falling into the trap," he said.

Thakor said the Congress has always stayed with the minorities and never changed its ideology, irrespective of whether it occupies power or not.

"A Congress prime minister used to say with confidence that minorities have the first right on the country's treasury. Congress knows how much saying so has hurt the party, but it will still not compromise on its ideology," Thakor said, addressing the function organised by the party's state minority department.

"But when he is not with us, it is our responsibility to remain united," he said.

He also cautioned the Muslim voters to stay united and not to get swayed by the two parties that have entered the fray "to divide votes".

"The two parties have come once again, and we are all concerned. It is because we are ourselves not confident of our unity. But we should defeat these A and B teams," he said.

"We have to ensure that our complaints with each other are resolved and in 2022 (election), the A team does not return to power with the help of B and C teams," he said.

Jignesh Mevani, who has also been appointed as a working president of Gujarat Congress, remembered arrested social activist Teesta Setalvad and her struggle "for justice to the Muslims of Gujarat."

He said he always stood with the minorities and struggled for them. Mevani said the 2002 Assembly election is crucial for the future of the country, and will have implications on the country's Constitution.

During his address, Pirzada demanded representation for the community, and claimed that the Congress formed the government with the help of the Muslim votes.

"The community is at times at a loss as to who it should talk to. On the one hand, we have no government, while on the other there is no representation. You ran after Hardik (Patel, the former Congress leader who joined BJP), and forgot that these (Muslims) are the people who formed the Congress government," he said.

The party leaders urged the Muslim community to step out in large number to cast their votes during the assembly polls. 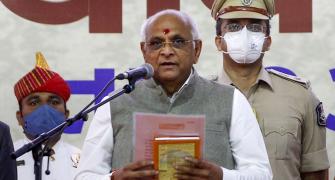 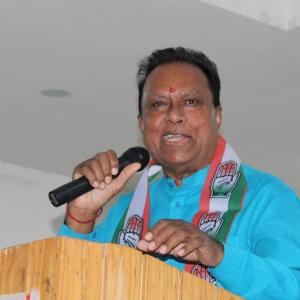 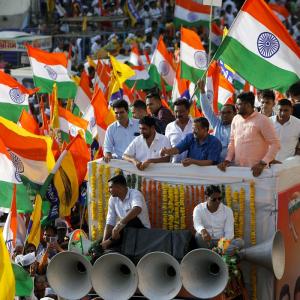