A day after issuing a veiled threat to the Congress, Indian Secular Front chief Abbas Siddiqui on Monday said a senior leader of that party is in touch with both the ruling Trinamool Congress and the Bharatiya Janata Party, and might switch over to one of the camps depending on results of the assembly polls. 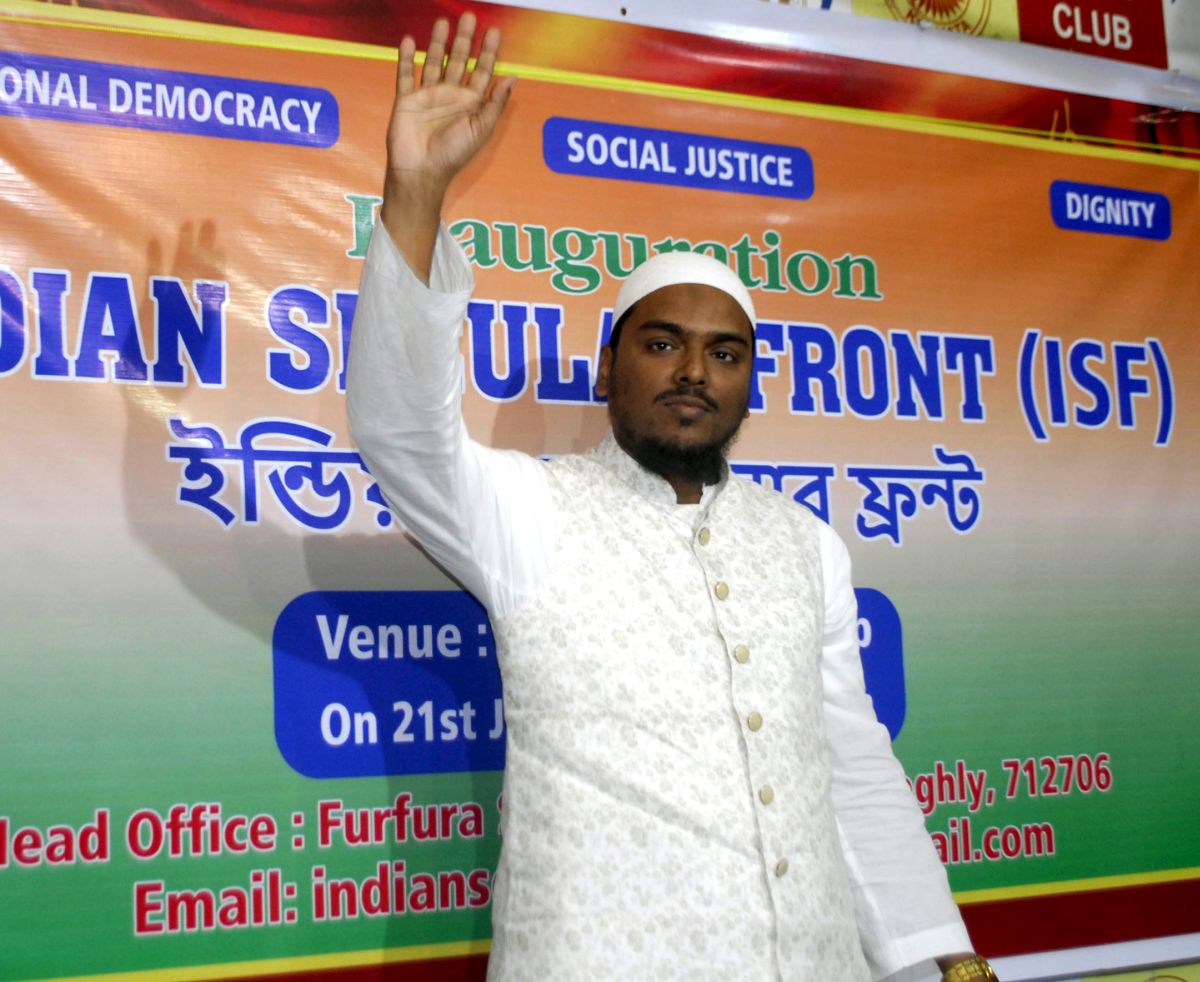 The grand opposition alliance in West Bengal ran into choppy waters on Sunday when Siddiqui cautioned the Congress over the ongoing seat-sharing talks, asking it to arrive at a decision soon.

"Yesterday, if my words have hurt Adhir Chowdhury (state Congress president), then I apologise. But, I have information that a senior Congress leader is in touch with the TMC and the BJP, and could switch sides in case of a hung assembly," Siddiqui claimed.

"We want Congress to come clean on it. Whether they want the alliance or not, they should say that clearly. We can't wait till eternity," the Indian Secular Front leader said.

"Why doesn't he name the Congress leader who he claims is in touch with the BJP and TMC? We can't decide on an alliance just because he is in a hurry. We will decide following our meeting with Left leaders," he said.

The Left and Congress leaders are scheduled to meet this afternoon to iron out the latter's differences with the ISF.

Siddiqui, a Muslim cleric who launched the ISF last month, addressed a mega rally at the Brigade Parade Ground in Kolkata on Sunday, expressing gratitude to the Left for keeping 30 seats for his party to contest as part of the alliance.

Though he urged his supporters to fight hard for ensuring victory of the Left parties in various parts of the state, Siddiqui stayed away from seeking votes for the Congress.

"I didn't speak about the Congress. I am here (in politics) to be a partner, not for any appeasement. I am here to get my rightful claims," he said in presence of Chowdhury on the dais.

Later, he also claimed that Congress chief Sonia Gandhi is in favour of the alliance, but a party leader from Bengal is dilly-dallying the talks.

Reacting to his comments, Chowdhury said the Congress will not take decisions based on threats and intimidation by "some Siddiqui".

"We are into a formal alliance with the Left. Let us first get a clear picture of the seat sharing with the Left. We have asked Abdul Mannan to talk to the ISF and look into its demands," he said.

According to Congress sources, the ISF has demanded a few seats in Malda and Murshidabad that the party won in the 2016 assembly polls.