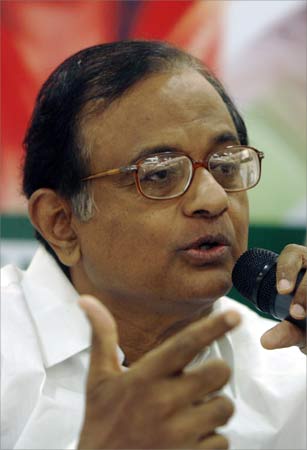 The Shiv Sena on Monday slammed the Congress for fielding former Union minister P Chidambaram from Maharashtra for the Rajya Sabha poll, saying the party has "damaged itself by foisting him on the state".

An editorial in Sena mouthpiece Saamana noted that the Enforcement Directorate has sent Letters Rogatory (judicial requests) to UK and Singapore in connection with its money laundering probe in the Aircel-Maxis deal case and parallel investigations in the financial transactions of some companies belonging to friends of former Finance Minister P Chidambaram's son Karti.

"It has also been alleged that Chidambaram amended the affidavit to drop references to Ishrat Jahan's Lashkar-e-Tayiba link, in order to prove the 'human bomb' of LeT innocent," the editorial said.

"Considering all this, the Congress has damaged itself by foisting Chidambaram on Maharashtra. The answer to the question whether wisdom will dawn on Congress has come in the negative," it said.

"Whom to nominate for Rajya Sabha is its (Congress') internal issue. But Congress has sinned in fielding Chidambaram, who has no place left in Tamil Nadu," it said.

While Karti has denied any wrongdoing and has reiterated his cooperation with probe agencies, his father P Chidambaram had accused the government of a "malicious onslaught" launched by it against his family.

"All said and done, senior leaders enter the House of  Elders. Two lawyers, Chidambaram and Kapil Sibal were nominated to defend the Congress, but has the Congress left anything (to defend) in the country," the Sena asked.

The duo's entry into Rajya Sabha won't make much of a difference as the Congress is helpless before the barrage unleashed by Subramanian Swamy, it said.

"More than defending the Congress, the duo's candidature seems to have been finalised for defending Sonia and Rahul Gandhi," the Sena said.