Congress MP Shashi Tharoor, who was among the 'group of 23' that wrote to Sonia Gandhi seeking urgent organisational overhaul, has come under attack from some leaders in Kerala, with a senior MP calling him a 'guest artist' and asking him to follow party policies. Hitting out at Tharoor, Kerala Pradesh Congress Committee working president and the party's chief whip in the Lok Sabha, Kodikkunnil Suresh on Friday said everybody in the party should work according to it's policies and programmes.

Suresh's statement created ripples in the state party unit, with many senior leaders voicing concern over the 'bid to weaken Tharoor'.

"Shashi Tharoor is certainly not a politician. He came to the Congress party as a guest artist. He is still continuing in the party like a guest artist," said Suresh, who represents Mavelikara constituency in the Lok Sabha.

Taking a dig at Tharoor, the former union minister also said 'Tharoor may be a global citizen', but he should not think that he can take any decision or say anything according to his will.

"Ultimately, he should follow the party (policies and programmes)", Suresh told reporters here in response to a query.

Reacting to Suresh's statement, senior party MLA P T Thomas said the Kerala PCC has clearly stated that the Congress leadership in Kerala stood with the position taken by A K Antony in national politics.

'However, the move to weaken Tharoor under the guise of this is unfortunate. A universal personality like Tharoor should be assessed
on the basis of his high renown,' Thomas said in a Facebook post.

Describing the ex-United Nations official a leader with global footprint, Satheesan said Tharoor is 'our dear MP who could trounce the Fascist forces thrice' in Thiruvananthapuram Lok Sabha seat.

'The CPI-M (Communist Party of India-Marxist) and the BJP (Bharatiya Janata Party) are our enemies," he said.

Satheesan also said the political affairs committee of the Kerala PCC has decided to support the decision taken by the Congress Working Committee.

Tharoor and P J Kurien, who were signatories to the controversial letter written to Gandhi, will support the decision taken by the CWC, he said.

Suresh's statement targeting Tharoor came a day after the Thiruvananthapuram MP said that it is the duty of all to work together in the interest of the Congress once the party chief has stated that the matter is 'behind us'.

'I've been silent for 4 days on recent events in @INCIndia because once the Congress President says the issue is behind us, it is the duty of all of us to work together constructively in the interests of the Party,' Tharoor tweeted on Thursday.

'I urge all my colleagues to uphold this principle & end the debate,' he said in the tweet.

Earlier on Thursday, former KPCC President and Lok Sabha MP K Muraleedharan had also taken a dig at Tharoor over the issue, calling him a 'global citizen'.

A section in the Congress's state unit are also upset with Tharoor over his open support to the Centre's move to lease out Thiruvananthapuram International Airport for 50 years to Adani Enterprises.

"The people want the airport. It's some politicians who are opposed to it," Tharoor had said, while all political parties in Kerala, barring the BJP, opposed the Centre's decision to give the Thiruvananthapuram International Airport to Adani Enterprises on lease. 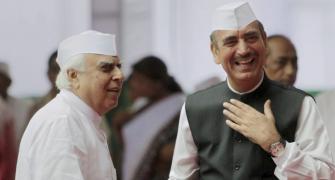 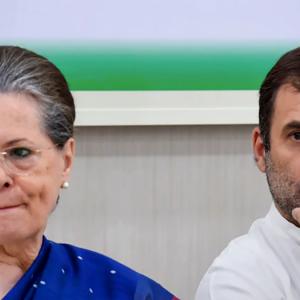