Compensation to kin of Covid victims a right, don't delay it: Bombay HC

The Bombay high court on Monday said ex-gratia compensation for the kin of COVID-19 victims was a matter of right and they must not be deprived of it. A bench of Chief Justice Dipankar Datta and Justice MS Karnik directed the Maharashtra government to take instructions on why claims for compensation filed through post or physically were being denied or delayed.

It was hearing a public interest litigation filed by a local organisation, Prameya Welfare Foundation, seeking among other things, a direction to the state government to not insist that citizens apply for such compensation online only, and give compensation to those who are applying physically or by post.

The petitioner's counsel Sumedha Rao told the HC that many of those submitting claims were slum dwellers or poor people who were not adept at filing and annexing documents online.

The Brihanmumbai Municipal Corporation counsel told the HC the civic body had, so far, received 34,000 applications seeking compensation, of which 16,884 applications had been forwarded to the disaster management department for approval and payment.

The rest had some issues such as incomplete addresses, missing information etc, while those applications that had come from areas outside BMC jurisdiction were being forwarded to relevant authorities.

"These are poor people who find the online system difficult since they have to upload so many annexures. They have applied through post, physically but have got no response, no reasons," Rao said.

The state's counsel Poornima Kantharia, however, told the HC the government had already paid compensation to several claimants who had applied through its online portal, which was created so that one could make a claim for compensation online and the money could be transferred directly into their bank accounts.

The HC then asked the state government why it was insisting on online applications, and reminded it that the Supreme Court had recently directed all state and central authorities to reach out to the kin of COVID-19 victims and pay ex gratia compensation.

"The spirit of the SC order is that the state must reach kin of those who died of COVID-19. Why must you be so technical that they have to apply online only? The web portal is for the state government's convenience. Getting compensation is their (the kin of victims) right. Why must they be deprived? Reach out to them," the HC bench said.

After granting time to Kantharia to get instructions from the state, the HC posted the matter to Thursday for further hearing. 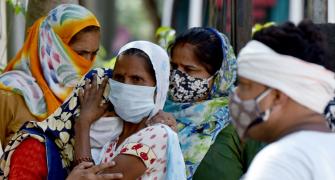 Govt to give pension to dependents of Covid victims 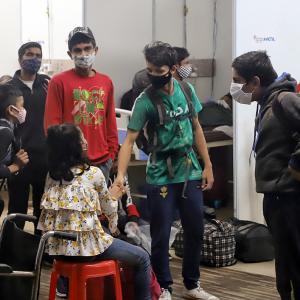