Why is Mumbai abandoning its civic hospitals? 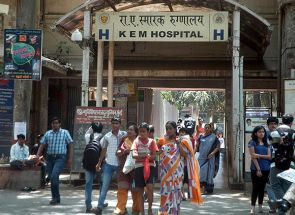 The recent story of babies with heart defects dying in Mumbai's civic hospitals while the procurement of a heart-lung machine was delayed is tragic and shocking.

The heart defects in these toddlers were eminently correctable by timely surgery, which not only would have saved lives but also lead to a normal quality of life.

Unlike bypass surgery, which may add a few years to life, surgery for repairing congenital heart defects can translate into a normal healthy life span. Many readers are likely to have dismissed it as yet another chapter in the now familiar media exposes on the crumbling systems in Mumbai's public hospitals. And we will all soon if we already haven't forgotten about these babies and their cruel fate.

So why is it that the purchase of a lifesaving heart-lung machine gets delayed for so long and it takes a newspaper expose for the authorities to respond?

Is it all about bureaucracy, red tape and indifference of some officials?

It is indeed tempting to think so for this is an easy, simplistic explanation. We can then momentarily feel sad, perhaps a little outraged, rationalise it and go back to the comfort zones of our daily lives. But there is more to it.

And that bit is not about some inefficient civic official, it is about you and me.

Public hospitals in Mumbai were once the heart of health-care in the city. Except for the few super rich who would seek services in a fringe private sector a large majority of the population including the middle class were treated in these hospitals.

Check with your parents and grandparents, and they will tell you this. Over the years a burgeoning private sector started attracting larger and larger sections of the population.

Today most people including the poor seek health care in the private sector which is perceived as 'efficient' and of 'better' quality. The middle classes have largely abandoned these hospitals and even the poor seek their services only for major illnesses often after being bankrupted in the private sector. Thus, these hospitals have essentially moved out of the imagination of those who shape public opinion.

At the Bhabha hospital in Bandra -- one of the largest civic peripheral hospitals where I work part time as a surgeon -- there is a predictable pattern to patients brought to our casualty with accidents. Those who are well to do will often be whisked away by their family and friends to nearby private hospitals, whereas the poor will continue to be treated with us.

Thus in the bomb blasts of 2006 most of the victims including those with serious injuries were transferred to private hospitals since they were from the first class compartment. In the previous year's riots and floods we managed the victims.

A few years ago when a senior journalist friend chose to get himself operated at Bhabha a large number of common friends expressed surprise and even admiration for his act of 'courage'.

In a subconscious collective act we have abandoned these institutions to those 'others' who inhabit a different space, who have no voice, clout or energy to fight the battle for decent health-care.

The parents of the kids fortunate to have their hearts fixed may thank the newspaper and the journalist who broke, and followed up the story. The act of getting a few private hospitals to do the pending cases is but only a temporary solution.

Even worse, it strengthens the belief that such care can only be provided in the private sector. Some of the private hospitals will seize the moment to actually market themselves.

The specific reason for the delay in sanctioning the heart-lung machines could have been a slowly moving file, an indifferent official or even a lack of follow-up from the departments concerned. But each time a life-saving ventilator doesn't work, a CT scan is not available for a young man who has fallen off a train and a young pregnant woman dies, as she is transported from hospital to hospital in ramshackle ambulances, a media story cannot correct the problem.

Unless we realise that by abandoning these hospitals we are complicit in the process of dismantling our public health-care system. Whether we like it or not, at some stage in our lives we need the services of public hospitals; what if you are knocked down on the road and carried by passersby to the nearest public facility?

The heart-lung machines have probably been temporarily procured and unlike the unfortunate ones who died, some of the kids will now live to tell the tale of the holes in their hearts. Many years later when they grow up will there still be a long queue for poor kids born with heart defects?

Their fate is inextricably linked with the value we give to the development of an efficient public health system. And that in turn will be determined by whether we relate to our civic hospitals as our own and are outraged by its inadequacies and indifference.

The holes in the babies's hearts is currently a gap in our collective minds. 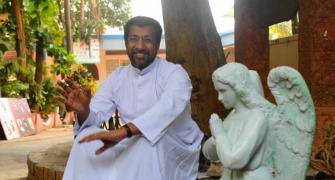 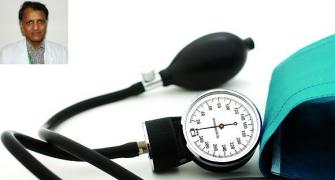 'Hypertension is leading cause of death in urban areas'

A dead man who left behind a precious gift -- LIFE! 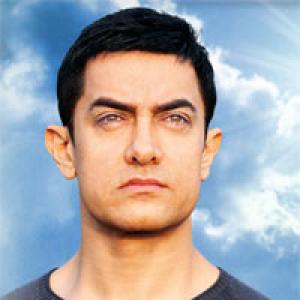