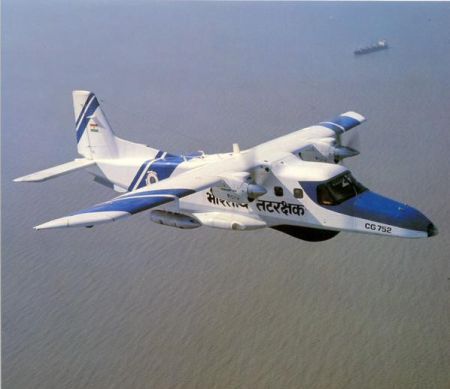 Eight crew members were rescued from a sinking ship off Beypore in Kerala on Saturday by the Coast Guard.

"Eight persons were rescued off Beypore from a sinking Dhow in an operation coordinated by Coast Guard Maritime Rescue Co-ordination Centre Mumbai," a defence release said.

“At 2:10 am, MRCC,(MBI) received a message from MV Hafina Asia that MSV Selvamatha was sinking about 125 kms west of Beypore and 8 crew on board were in distress.

"On receipt of information, ICGS Abhinav on patrol off Kochi was diverted to the area. Considering the gravity of the situation, MV Hafina Asia was directed by MRCC Mumbai to proceed for the rescue operation. MT Hafina Asia rescued all 8 crew at about 4:30 am," it said.

MT Hafina Asia is a Tanker on passage from Singapore to Fujiara, whereas MSV Selvematha is a Dhow ferrying between Beypore and Androth.

"On further queries, it emerged that one of the plank of the ill-fated dhow gave away resulting in flooding and sinking. MT was in vicinity and when called lowered its ladder and all crew were taken aboard.

ICGS Abhinav reached the area at 4:00 am and took over the rescued crew. The rescued persons are being taken to Kochi for handing over to the owner through police.

The rescue operation in the wee hours has once again proven the prowess of the Maritime stakeholders in their commitment in ensuring safety of life at sea," the release said.