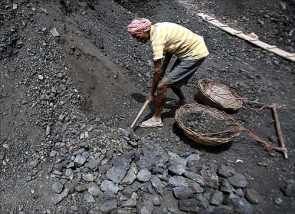 The Central Bureau of Investigation on Monday opposed in a special court the plea of ex-Jharkhand chief minister Madhu Koda seeking summoning of former prime minister Manmohan Singh and two others as additional accused in a coal scam case, saying the application was "devoid of any merits".

Special Public Prosecutor R S Cheema told the court that the records of the case not even prima facie suggest that the then PM, who was also coal minister at that time, was part of any conspiracy in allocating coal block to Jindal Group firms.

“The present application is a device worked out by accused person so as to not only delay the present trial but also deviate the court from the case,” Cheema told Special CBI Judge Bharat Parashar.

He said that a comprehensive and complete probe has been conducted by CBI in the case and they do not find any reason which would lead to summoning of the then PM as accused in the case.

"The records not even prima facie show anything to summon the then PM as accused in the case. The evidence does not show any complicity on the part of the then PM in allocation of coal block," Cheema said.

Regarding the two other persons, whom Koda had sought to summon as additional accused in the case, the agency said that these two persons are important prosecution witnesses and there was no evidence to show that they conspired with anyone in the entire process.

The court, after hearing the submissions, reserved its order on Koda's plea for October 16.

Earlier, former minister of state for coal Dasari Narayan Rao had supported Koda's plea for summoning of Manmohan Singh while claiming that the office of the then Prime Minister had allocated a coal block to Jindal group after examining and re-examining the matter.

The CBI had on September 4 told the court that all the 15 accused in a coal scam case, in which Koda sought summoning of Manmohan Singh as accused, should clarify whether they supported or opposed his plea.

Koda's plea seeking to summon Singh as an additional accused had contended that Singh being the final authority to allocate coal blocks, cannot escape from the consequences of his decision.

In his plea, Koda had claimed, "The materials placed by CBI show that the said conspiracy, if any, cannot be complete without the involvement of the coal minister (Singh) who had the final say in the entire allotment."

He had said the court was required to consider that the case of all other accused "stand on a better footing as compared to Dr Manmohan Singh" who had taken the "ultimate and final decision" to allot coal block to the two Jindal firms.

Koda had alleged that as per evidence placed on record by the CBI, Swaroop and Tiwari had specifically suggested withdrawal of recommendations made in favour of M/s Lanco Infratech and further recommended enhancement of shares of M/s JSPL from 30 per cent to 70 per cent.

Besides Jindal, Koda and Rao, ex-coal secretary H C Gupta and 11 others, including five firms, are accused in the case.