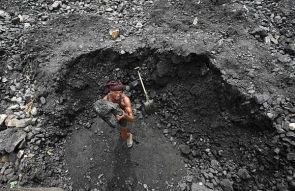 The Central Bureau of Investigation on Tuesday filed a fresh status report in a sealed envelop in the Supreme Court on coal block allocation scam giving details of the ongoing probe in which companies, business tycoons and bureaucrats have come under its scanner.

The report is expected to inform the apex court about 14th FIR which was filed recently against industrialist Kumar Mangalam Birla, his company Hindalco and former coal secretary P C Parakh.

The agency, which had on the last date of hearing on August 29 faced the ire of the apex court for tardy probe, is also supposed to inform in its status report the progress made in the rest of the cases.

The slow CBI probe into the coal scam had come under sharp criticism of the court which had said the agency was still in the "first gear" and needed to pick up speed.

The apex court had directed CBI to conclude the probe against all companies, which were allocated coal blocks, by December this year.

"You (CBI) have to pick up some speed. The pace of inquiry is not good. You are still driving in the first gear. Yours is a huge task and all these need to reach the logical conclusion," a bench headed by Justice R M Lodha had said.

After the last hearing a fresh FIR has been filed by the agency against Birla, Parakh and Hindalco alleging that the then coal secretary had overturned his decision while allotting the block to Birla's company.

The CBI on Tuesday wrote to the Prime Minister's Office seeking all the records related to allocation of coal block to Hindalco, three days after the top office said Prime Minister Manmohan Singh had approved it on the basis of "merits" of the case placed before him.

The agency has also mentioned about "competent authority" in the FIR which the PMO had explained in its statement is the prime minister who was holding the charge as coal minister in 2005 when the decision was taken.

PMO has termed the decision to allot Talabira coal block to Hindalco as "appropriate".

Meanwhile, reacting to CBI's action, Minister of State for PMO V Narayanasamy said, "We have nothing to hide and have already given thousands of documents to the agency."

CBI has said in a statement that it would probe every aspect of the case mentioned in its FIR before taking any call on the future course of action.

"As of now, the investigation is going on. We will probe every aspect of the FIR before a future course of action is decided," CBI has said.

The FIR alleges that while the recommendations of the Screening Committee, which had rejected Hindalco's application citing "valid reasons", were being approved by the "competent authority", it received letters dated May 17, 2005, and June 17, 2005, from Birla requesting allocation of the Talabira II coal block, which were forwarded to the ministry of coal.

It said Birla met Parakh in July, 2005, requesting allocation of the block.

"Pursuant to these letters and the meeting between Parakh and Birla, the former abused his official position and recommended the allocation of Talabira II along with Talabira III to Hindalco Industries without any valid basis or change in circumstances and with the sole intention to show undue favours," it alleged.

Parakh has contended that while he did make the recommendation, it was the prime minister who took the final decision on it.