Acting in the coal block allocation scam, the Central Bureau of India on Tuesday filed cases against five companies for alleged criminal conspiracy and misrepresentation of facts, naming Congress MP Vijay Darda and his brother Rajendra Darda, a Maharashtra Minister, in one of the FIRs.

The agency also raided premises of the companies in 30 locations in 10 cities including Delhi, Mumbai, Kolkata, Patna, Hyderabad, Dhanbad and Nagpur.

Navbharat Power Private Limited and Vini Iron and Steel Udyog Limited -- with their 20 directors and unknown government officials have been named in the FIRs, they said.

However, former Jharkhand Chief Minister Madhu Koda, whose close aide Vijay Joshi is said to be the owner of Vini Iron and Steel Udyog Limited, has not been named in the FIR.

Reacting to the development, Darda said,"I am shocked to hear about filing of cases against me. I deny all the allegations."

The filing of cases and raids come in the midst of a raging controversy over the CAG report on the coal block allocation that has stalled Parliament for over two weeks.

However, CBI said the action has nothing to do with CAG report and has been in the pipeline for quite some time.

The raids were conducted in Delhi, Mumbai, Kolkata, Patna, Hyderabad, Dhanbad and Nagpur and searched premises of owners of some companies.

"The cases have been registered in connection with the allegations related to getting coal blocks allocated on the basis of misrepresentations and false claims in the applications, presentations and connivance or lack of due diligence on part of public servants.

"Promoters of some of these companies have allegedly sold their stakes in an irregular manner after allocation of coal blocks," the agency said in a release.

CBI sources said in one of the FIRs, Darda's name figures in case against JLD Yavatmal Energy Limited which got Fatehpur East Coal Block in Chhattisgarh as part of the alleged criminal conspiracy by misrepresentation facts on the eligibility conditions. 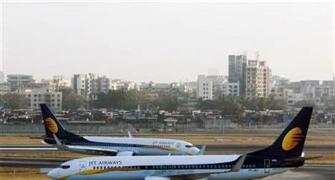 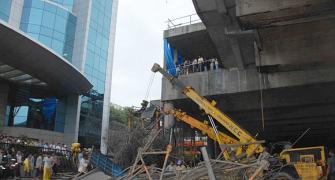 How Modi got the media to acknowledge his hangout