A day after a Supreme Court bail order, it took a late night phone call from a Chief Judicial Magistrate that prodded Indore jail authorities to swiftly make arrangements for the release of stand-up comedian Munawar Faruqui, who is accused hurting religious sentiments. 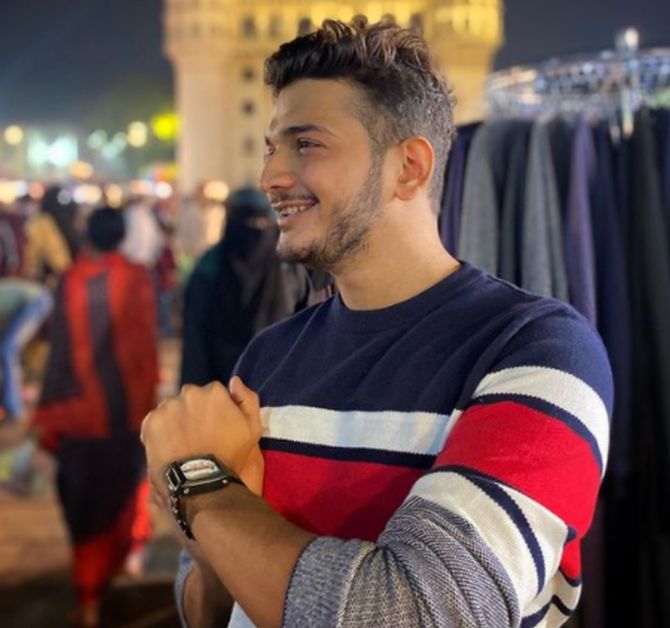 In the call on Saturday night, Indore's Chief Judicial Magistrate (CJM) asked the Central Prison authorities in Indore in Madhya Pradesh to check the SC's website for the bail order, following which Faruqui was set free, a senior official from the jail administration said on Sunday.

Arrested on January 1 for allegedly hurting religious sentiments, Faruqui was in the jail for 35 days.

On Friday, the SC granted him interim bail after the Madhya Pradesh high court rejected his bail plea on January 28.

The apex court also stayed the production warrant issued against Faruqui by a court in Prayagraj in connection with a first information report lodged there.

Indore Central Jail's superintendent Rakesh Kumar Bhangre told PTI that, "A CJM rang us up on Saturday night. He said if we have not got the SC's official order regarding Faruqui, it can be checked on the apex court's website."

The jail official said they then checked the order which mentioned that all warrants against Faruqui have been stayed.

"On this basis, he was set free," the official said.

Asked why they did not check the SC's website before the CJM's call, the superintendent said since the matter is 'sensitive', they were waiting for the order (hard copy) to reach them through an official source.

"This caused such a situation," he said.

Earlier, even after Faruqui's lawyers completed legal formalities in the district court, the jail authorities did not set him free on Saturday evening, contending that a production warrant of a Prayagraj court was pending against him.

Hours before his release, Faruqui's lawyers had submitted a copy of the SC's order in a local court, which then directed that he be released on a bond of Rs 50,000 and a security of the same amount. But, he was not released at that time.

Another official of the Indore Central Jail on Saturday said a court in Prayagraj had ordered Faruqui's production in a similar case on February 18.

Citing the jail manual, he had said an order from the Prayagraj court or a competent government officer was needed to release him.

A couple of hours before Faruqui was released, his cousin Zaid Pathan said they were disappointed by the jail administration's stand.

"Our belief in the judiciary was strengthened after the Supreme Court order," he had remarked.

Media persons had gathered outside the jail after getting the news of his release, but according to eyewitnesses, Faruqui walked out of the jail quietly after being set free late Saturday night.

Faruqui and four others were arrested following a complaint by a Bharatiya Janata Party MLA's son that objectionable remarks about Hindu deities and Union Home Minister Amit Shah were passed during a comedy show at a cafe in Indore on New Year's Day.