Chief Justice S A Bobde just took the feel of the Harley Davidson bike and did not ride it as has gone viral on the social media, nor did he know about its owner, people aware of the incident said on Monday following the controversy. 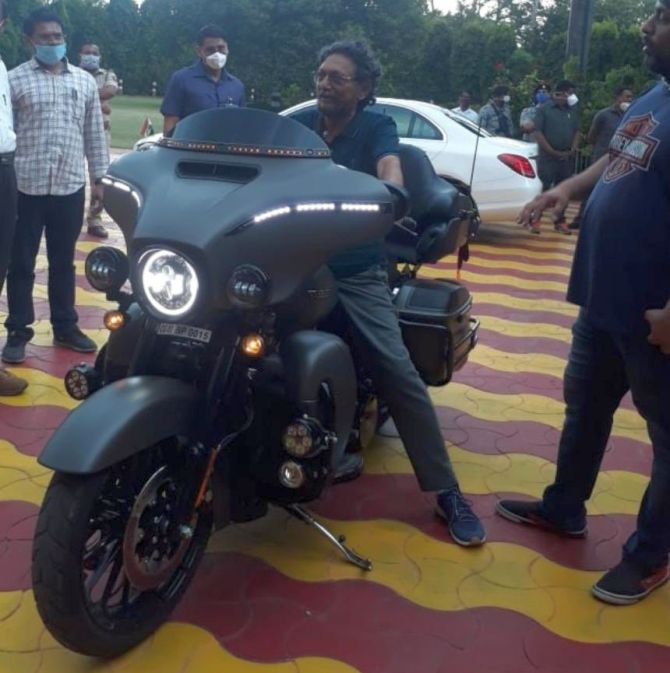 The Chief Justice of India was spotted with the bike at Nagpur, his home town, and the picture of him on it had gone viral on the social media.

While some hailed it, others including lawyer Prashant Bhushan questioned it raising a controversy by saying Justice Bobde was neither wearing a mask nor a helmet.

"CJI rides a 50 Lakh motorcycle belonging to a BJP leader at Raj Bhavan Nagpur, without a mask or helmet, at a time when he keeps the SC in Lockdown mode denying citizens their fundamental right to access Justice," Bhushan tweeted.

The people aware of the incident said that the CJI had participated in a tree plantation function there and an automobile dealer sent the bike to him so that he can have a feel of it.

Justice Bobde was looking at buying a Harley Davidson after his retirement, they said, adding that the CJI neither rode it, nor knew about its owner.

The CJI was pictured sitting on a 'Limited Edition CVO 2020' Harley Davidson.