An army officer was killed in a gunfight with terrorists who had sneaked into Indian territory taking cover of firing from the Pakistani side in Rajouri, and two civilians were injured in cross-border shelling on villages along the Line of Control in Poonch district of Jammu and Kashmir on Tuesday, officials said. 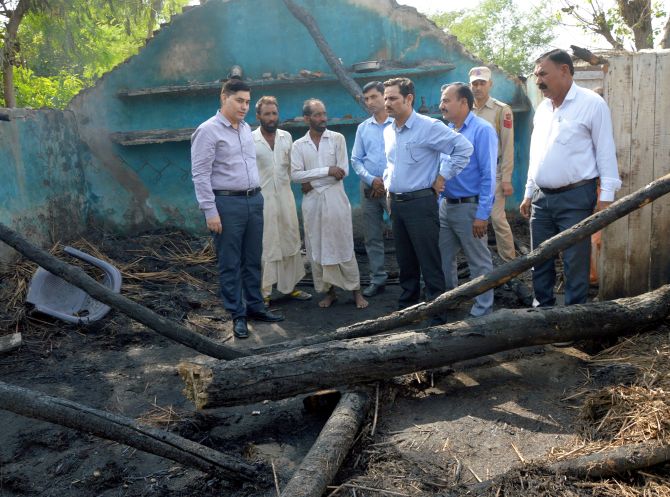 Giving details of the Rajouri incident, a senior army officer said that a patrol team saw "suspicious movement" near the forward area along the LoC in the Kalal belt of Nowshera sector and engaged with the terrorists.

In the ensuing gunfight, a Junior Commissioned Officer of the army was critically injured and later succumbed to his injuries, he said, adding that Pakistani troops also fired at the Indian side in the sector.

The gunfight continued till reports last came in from the area, the officer said.

"Today, a JCO was killed in Nowshera sector," a defence spokesman said in a brief statement following the fresh ceasefire violation by Pakistan along the LoC in Rajouri district.

Earlier in the day, two civilians, including a woman, were injured in heavy Pakistan shelling along the LoC in Poonch district, officials said. Mortar shelling from across the border started around 1.20 pm, prompting strong retaliation from Indian Army, the officials said.

The defence spokesman said the shelling in Balakote sector in Poonch ended around 2 pm.

While the injured woman, Gulabo Bano, was shifted to hospital, the other was discharged after first-aid, the officials said.

People in the shelling-hit villages rushed to the safety of their homes and underground bunkers, while the children in some schools falling within the range were escorted to safety by Army and police personnel, the officials said.

On Saturday, Pakistani troops had resorted to firing in Tangdhar sector of Kashmir along the LoC to assist infiltration by terrorists, in which two Indian Army personnel and a civilian were killed. Three others were injured in the attack.

Two soldiers and a woman were also killed in separate incidents of ceasefire violations by Pakistan in north Kashmir's Uri sector, Nowshera in Rajouri and Shahpur sector in Poonch district between October 12 and 15.