The Delhi high court Thursday asked the Central Information Commission to decide an appeal within eight weeks on the ministry of home affairs refusal to provide information on electronic surveillance. 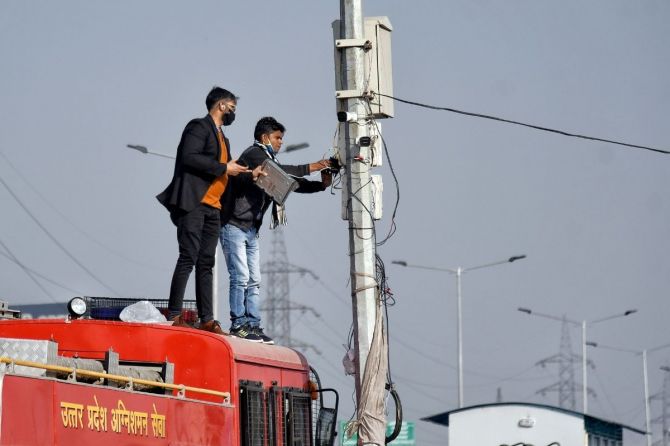 Justice Yashwant Varma took on record and accepted the statement made by CIC counsel that all endeavour shall be made to decide the appeal expeditiously and in any case within 8 weeks.

The CIC counsel submitted in pursuance of the court's earlier direction to indicate a time frame within which it will be possible for the commission to decide the appeal.

The high court was hearing a plea by Apar Gupta, a lawyer, co-founder, and executive director of the Internet Freedom Foundation challenging the rejection of his RTI applications seeking statistical information on state-sponsored electronic surveillance.

During the hearing, advocate Gaurang Kanth, appearing for CIC, submitted that there has been a backlog due to the COVID-19 pandemic and the commission is presently hearing petitions of 2019, while Gupta's appeal was filed this year.

Reacting to the submission, the judge said, “So you are feeling heavily burdened? I have no problem in passing a direction to decide… but we will also record your inability to decide it expeditiously.”

The court permitted the petitioner's counsel to place certain additional documents on record to establish that the material could not be weeded out during the pendency of an RTI application, as claimed by the CPIO.

The Centre was represented through standing counsel Anurag Ahluwalia in the matter.

The plea said IFF is a registered charitable trust which defends online freedom, privacy, and innovation in India through strategic litigation and campaigns.

The petition, filed through advocate Vrinda Bhandari, said the petitioner had in December 2018 filed six applications under the Right to Information Act seeking details of the number of orders passed under Section 69 of the IT Act between January 2016 to December 2018 granting permission for electronic surveillance.

It said the MHA had originally claimed that the information is exempt for national security and an appeal was filed against the decision and the matter went before the first appellate authority which refused to intervene.

Thereafter, Gupta filed a second appeal before the CIC which agreed that the information sought was only statistical details and remanded the matter to the FAA “to revisit the cases, re-examine issues raised, and to decide the cases with a reasoned speaking order after hearing both parties.”

The plea said the CPIO argued before the FAA that information about surveillance was no longer available because records are destroyed every six months as per the provisions of the 2009 Interception Rules and therefore, the RTI requests had become infructuous.

The petitioner then again approached the CIC against the submission that the records have been destroyed and the failure of the FAA to interrogate the CPIO on such a claim.

“The MHA now cannot change its stand to claim that such records are weeded out from time to time, and deprive the petitioner of the information he is rightfully entitled to,” it said.

The plea said even though the matter is pending before the CIC, an application for an urgent hearing has been filed and the hearing is yet to take place.

The petitioner said that he had only asked for an anonymised and aggregate figure 'to understand the extent of state surveillance' and no personally identifiable information was sought.

The CPIO, however, disposed of the request arguing that disclosure of information related to lawful interception/phone tapping/monitor or decrypt is exempted under the RTI, he said