CIA warns of Istanbul-type attack in US 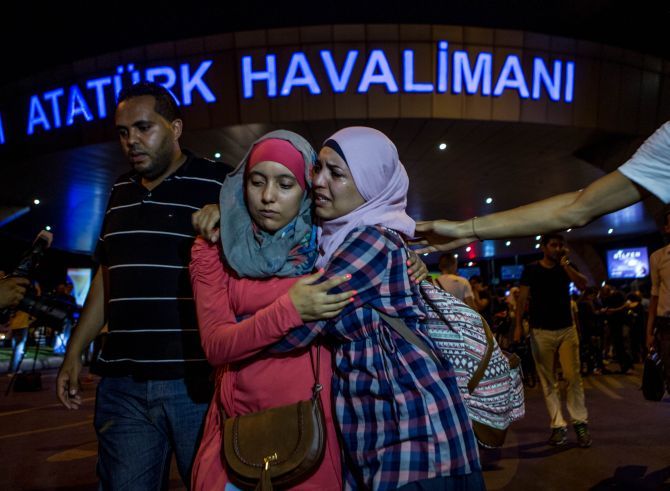 The Islamic State terror group may carry out a terror attack similar to the one at Istanbul's Ataturk airport, CIA Director John Brennan has said.

The despicable attack at Istanbul's international airport that killed dozens and injured several certainly bears the "hallmarks" of the Islamic State's depravity, Brennan said in Washington on Wednesday.

"We've seen the Islamic State carry out and incite an array of terrorist attacks in the region, directly, indirectly and I would be surprised that ISIL is not considering carrying out these attacks in the near abroad as well as the far abroad," he said.

"And the United States, as we well know, is leading the coalition to try to destroy as much of this poison, inside of Syria and Iraq, as possible. So it would be surprising to me that ISIL is not trying to hit us, both in the region as well as in our homeland," Brennan said while to replying to a question at the Council on Foreign Relations, a top American think-tank.

"I think what you see in the propagation of their material, they have a magazine, Dabiq, that goes out that says exactly that. It exhorts individuals to do it," the CIA director said.

"So if anybody here believes that, you know, the US homeland is hermetically sealed and that Daesh or ISIL would not consider that, I think -- I would guard against that," he added.

Brennan said global instability is one of the defining issues of the time, and its implications are hard to overstate.

"As instability spreads, extremists and terrorists are finding sanctuary in ungoverned spaces. Energy supplies are being disrupted. Political reform is suffering as too many governments opt for authoritarian measures at the expense of democratic principles and respect for human rights," the CIA official said.

As many as 42 people were killed and hundreds wounded on Wednesday after suicide attackers armed with guns and bombs attacked Istanbul's busy Ataturk Airport, apparently targeting Turkey's crucial tourism industry. The government blamed the attack on Islamic State extremists but there was no immediate confirmation from the group.