The court of inquiry into the tragic chopper crash that killed Chief of Defence Staff General Bipin Rawat and others would be a thorough process and the probe may take a few more weeks, IAF Chief V R Chaudhari said on Saturday. 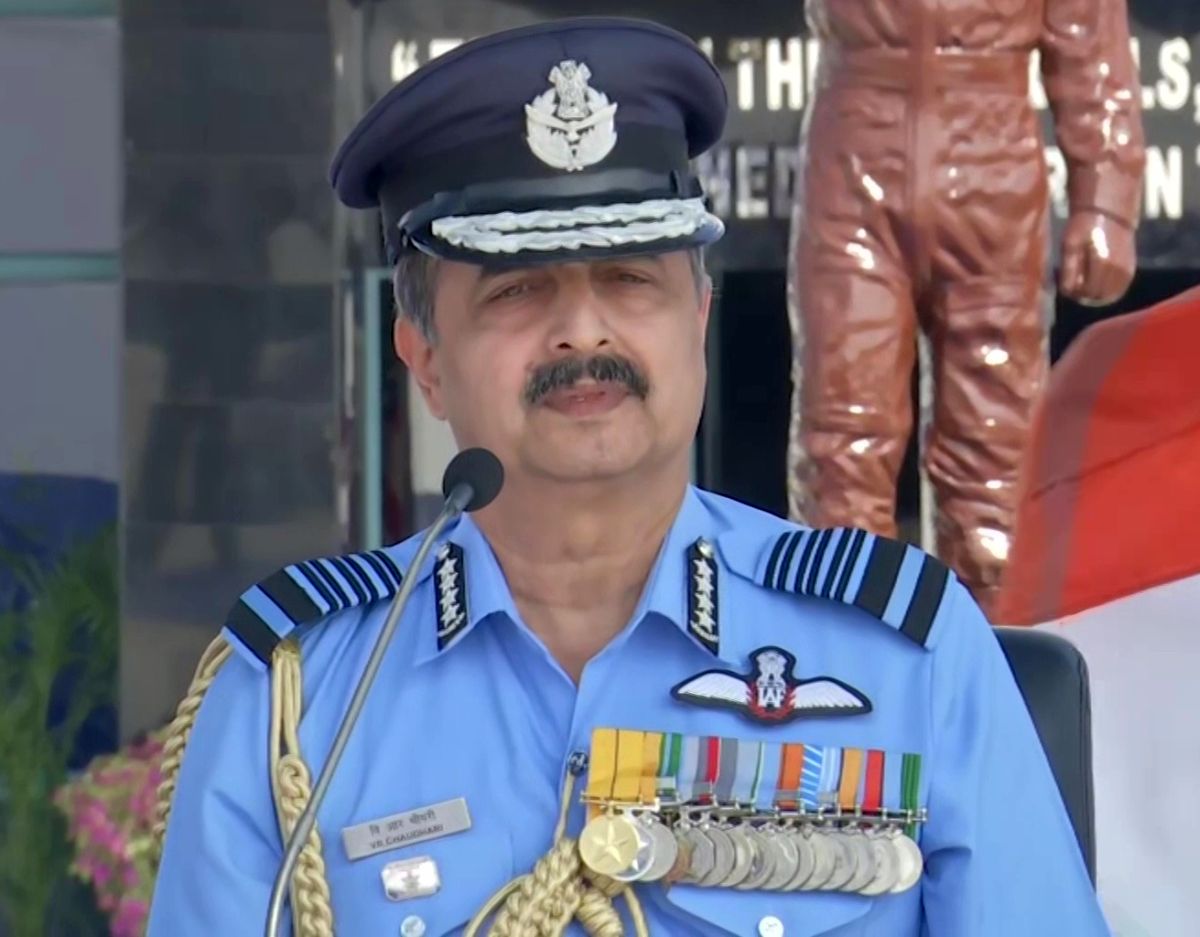 "I would not like to pre-empt any of the findings of the court of inquiry, because it's a thorough process. The mandate given to him (Air Marshal Manvendra Singh) is to investigate every single angle and look into every single aspect of what could have gone wrong and come out with the suitable recommendations and findings," he said.

The probe may take a few more weeks for completion, he indicated.

"I would recommend that I do not make any announcement in haste about what could have been the cause or what are the remedial actions that we are going to institute," Chaudhari said.

The IAF Chief expressed grief over the demise of General Rawat and others in the tragic accident.

He was replying to a query on the details relating to the investigation into the December 8 copter crash at Coonoor in Tamil Nadu in which General Rawat, his wife and 12 others were killed.

Chaudhari was speaking to reporters after reviewing the Combined Graduation Parade at the Air Force Academy at Dundigal near Hyderabad.

Asked if the procedures concerning flying by VVIPs are being reviewed especially after the Mi-17 chopper crash, he said all the procedures would be reviewed based on the findings of the inquiry.

"Of course, all these procedures will be reviewed. Based on whatever the findings of the inquiry."

He said the IAF is continuing deployment as the standoff with China is still persisting and that the Force is ready to enhance the presence of troops if the need arises.

"I would not like to go into the details, but suffice to say we are deployed, we are prepared to take on any challenge that may face us in that area with the shortest of notice," he said to a query on the standoff with China and the preparedness of the IAF.

He said the status quo with regard to the deployment of forces in the region continues at the same level as April last, following the Galwan incident.

Asked if a scenario of two-front war can be seen in the near future in view of the threat from Pakistan, apart from China, Chaudhari said the IAF is continuously evaluating the threats.

"Like I said, we are continuously evaluating our threats. I would not like to focus on this term of two-front war. We are continuously aware of what our threats are. We know what the country faces at any given time. Our preparedness keeps... based on the threat perception," he said.

To another query, Chaudhari said the IAF is aware of the threats which come in the form of multiple domains and not merely the "physical and kinetic domains".

To a question on Rafale deliveries, he said the three of the remaining four aircraft would be delivered in February.

"First of all, we are thankful to them that deliveries have been timely. You know that contract was for 36 Rafales. 32 have already come. Of the remaining four, three will come on time, in February."

The last aircraft, to which India-specific enhancements are being made, would be delivered after its due trials are completed.

Earlier in his address at the CGP, he said the Air Force is on the cusp of transformation into a highly potent Force with many new inductions such as Rafale jets, Apache helicopters and others.