The Congress is set to provide 50 per cent representation to Scheduled Castes, Scheduled Tribes, OBCs and minorities at all levels in the party organisation as part of its social engineering efforts to win back the confidence of the weaker sections. 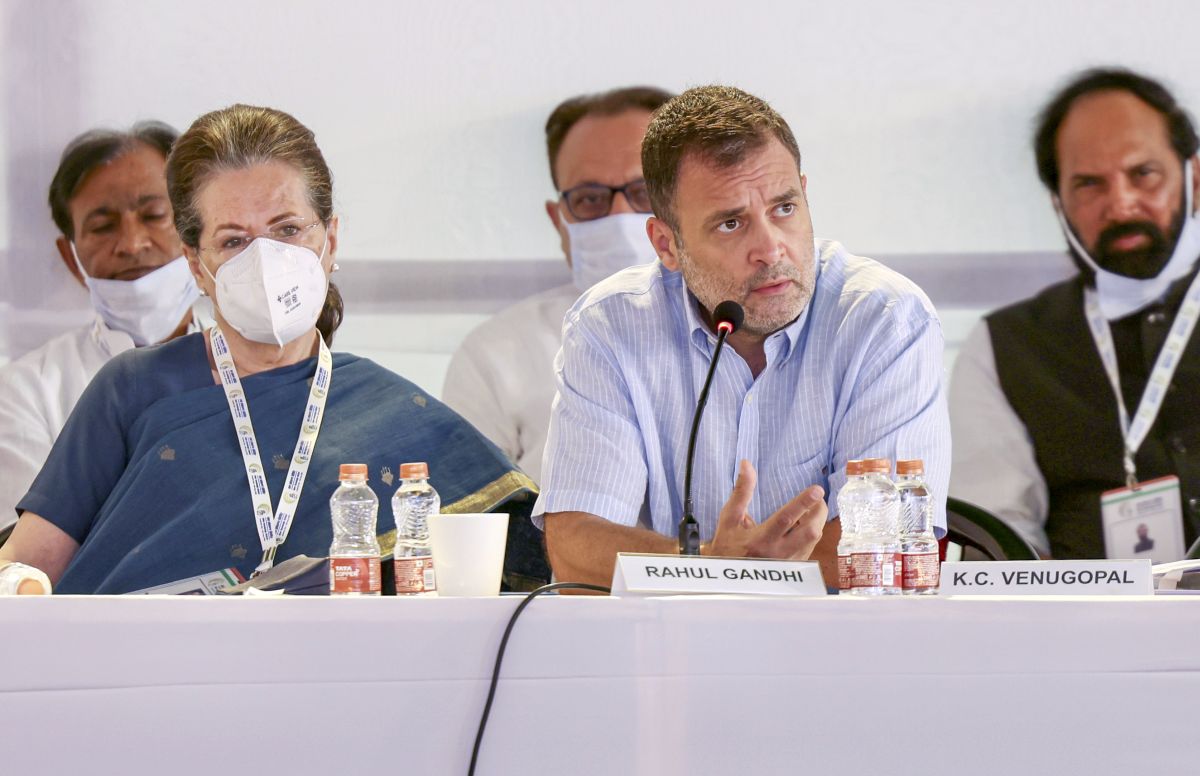 In a change in stance on “quota within quota” in the women's reservation bill, the party is likely to resolve to demand that from out of the reservation for women in Lok Sabha and legislative assemblies, there should be proportionate reservation for SC, ST and OBC women.

Addressing a media briefing on the deliberations of the panel on social justice and empowerment formed by party chief Sonia Gandhi to lead discussions on this issue at the Congress' three-day 'Nav Sankalp Chintan Shivir' in Udaipur, senior leader and Union minister Salman Khurshid said establishing a social justice advisory council to the Congress president has also been recommended by the panel.

There will be an attached department that will collect data for “social engineering” and will make it available for Pradesh Congress Committees and other party units, said Khurshid, who is the convenor of the panel on social justice and empowerment.

Social justice is a principled commitment but the basic instrument for that is “social engineering”, he said.

K Raju, a panel member and coordinator to oversee the activities of the Congress' SC/OBC/Minority Departments, said the party's constitution as of now provides for 20 per cent reservation for SCs, STs, OBCs and minorities.

"The group has discussed and decided that in the short run we must step up this to 50 per cent. Fifty per cent reservation in all the committees starting with booth committees, block committees, district committees, PCCs and the CWC, be provided,” he said.

“There is a view from some of the participants that we need to go beyond 50 per cent but members felt that let us step it up first from 20 per cent to 50 per cent,” he said.

Raju said the Khurshid-led group has identified that there are many sub-castes within SCs and STs and the party needs to focus on those sub-castes which have not so far been represented in the organisation or in the government, and give justice to them.

"So, henceforth attention will be given to identify those sub-castes in these communities who have not been adequately represented within the organisation and also in the government,” Raju said.

He said the panel has also recommended for adoption by the CWC that once in six months there shall be a special session of the working committee, PCCs, DCCs to discuss all the issues concerning SCs, STs, OBCs and minorities, so that the party remains alive to their issues and takes decisions accordingly.

The panel also discussed major policy commitments to demand the government which is in power and implement them where the Congress is in power, Raju said.

Raju said that there was a discussion in the panel on the Women's Reservation Bill and it has been recommended that the party should push for “quota within quota”.

“Out of the reservation provided for women, there should be proportionate reservation for SC, ST, OBC women,” Raju said.

Asked why there was a U-turn in its stand as, when the UPA government passed the women reservation bill in Rajya Sabha, it had resisted quota within quota, Khurshid said, “Sometimes you have to push legislations strategically, we were committed to a quota for women and the problem with the quota within a quota was that we had assumed there would not be easy agreement and consensus on that and the result would be we would lose out on reservation for women at that stage.”

"Therefore, a conscious strategic decision was taken that ‘let us get the quota first then we will see about further segmentation'. Now we have lost a lot of time and politics has also undergone a significant change since then and we believe that now is the right time to make it clear where you stand,” Khurshid said.

He said the party stands for women's participation in a fulsome manner so that women from all categories should be able to participate.

"We don't want anyone to believe that there is a hidden agenda that you bring in women but you bring in women that find it easy to get elected. Therefore, after thoughtful inputs we came to the conclusion that we recommend to CWC that now the time has come to take the bull by horns and make sure we get quota within quota all pushed in one go,” Khurshid said.

“There is no inconsistency, we have moved on from that position where we felt strategically that the quota should come first,” he added.

Responding to another question on the party's change in stance on quota within quota, senior Congress leader and former Union minister Kumari Selja said, "There was never any objection to this (quota within quota). At that time there was a coalition government and it was difficult to take everyone together.”

Noting that a very important policy for advancement of SCs and STs was Schedules Caste Sub-Plan and Tribal Sub-Plan, Raju said the group has recommended a central and states' legislation on them.

Another important issue the group has deliberated and is in the process of recommending is the reservation in private sector for the SC ST and OBCs because the jobs in the public sector are coming down, Raju said.

The discussions at the 'Chintan Shivir', which began on Friday, will continue on the third day as well and the conclusions will be recorded in the form of a declaration.

A draft of the declaration will be discussed at the Congress Working Committee meeting to be held in Udaipur on the third and last day of the conclave.