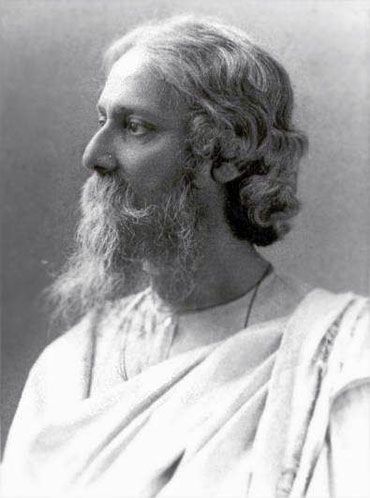 A publisher in China hurriedly withdrew a Chinese translation of Nobel Laureate Rabindranath Tagore's Stray Birds on Monday, after facing flak from literary critics who termed the racy translation of the classic as 'blasphemy' and 'cultural terrorism'.

Considering the huge controversy sparked by Feng's translation, Zhejiang Wenyi Publishing House, the publisher of the translation, announced that it would pull the books off bookshelves and websites, and recall the sold ones, state-run Xinhua news agency reported.

Tagore's Stray Birds has long been deemed as a work of elegance and wisdom by its Chinese fans.

But the new translation by famous Chinese writer Feng Tang has shocked readers with racy translations that are often misinterpreted, the report said.

Users on popular Chinese microblog Sina Weibo chastised the translation as ‘a blasphemy against a classic’.

'Tagore is Asia's foremost literary titan, revered throughout the world and very much beloved in China. There are many Chinese versions of his poetry, so it is not surprising one more would appear,' columnist Raymond Zhou wrote in state-run China Daily.

'But, there's a fine line between imprinting creative works with unique personality and screaming for attention. Feng just crossed it, when he translated Tagore’s tranquil verse into a vulgar selfie of hormone saturated innuendo,' Zhou wrote in his column titled Lust in translation.

Despite the barrage of criticism, Feng, 44, remained unrepentant and said that history would judge him. He said he intentionally added his personal style into the translation instead of mechanically representing the original work, the report said.

Feng is most known for a series of provocative novels about life in Beijing in the 1990s.

As Stray Birds has always been recommended to Chinese students, Zhang feared the new translation would poison teenagers and called for the withdrawal of the book.

The withdrawal of the book also prompted some people to seize the last chance and rush to bookstores to buy a copy before it disappeared from the market.

Tagore, who had visited China thrice, has a fanatical following in the country. Many of his followers have devoted their lives to learn Bengali to translate his works.

Meanwhile, the public is divided regarding the publisher’s decision to remove Feng’s translation from the market.

A user of Weibo, akin to Twitter in China, wrote, ‘Well done! I don’t understand how this translation got published in the first place. Such a willful translation is a huge disrespect to Tagore.’

Another user 'Miaoyemiao', however, believed there was no need to pull the book off the shelves. 'Like it or not, buy it or not, readers can make their own choice,' the user wrote.

Tagore won the Nobel Prize in Literature in 1913 and he is a hugely influential figure in China.

Through his visits, Tagore made extensive contacts with many influential figures of China's literary circles and delivered a number of speeches, making a far reaching influence on China's literary horizon.

Tagore, along with Jawaharlal Nehru, also figured in the 50 foreigners who contributed most in shaping China’s modern development in an opinion poll in 2009 to mark the 60th anniversary celebrations of China.