The Chinese government had "planned" the Galwan incident in June even as Beijing ramped up its multiyear coercion campaign against its neighbours, provoking military or paramilitary standoffs with countries from Japan to India, the United States top panel said in its report released on Wednesday. 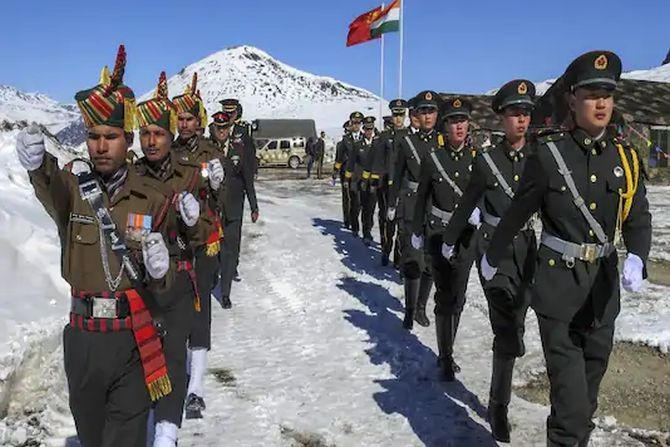 Months after the Galwan clashes that resulted in the brutal death of 20 Indian soldiers, the United States-China Economic and Security Review Commission (USCC) in its report '2020 Report To Congress of the US-China Economic and Security Review Commission' said, "Some evidence suggested the Chinese government had planned the incident (Galwan), potentially including the possibility for fatalities."

The report read, "In June 2020, the PLA and Indian troops engaged in a massive physical brawl in the Galwan Valley, located in the far-western Ladakh region along the Line of Actual Control (LAC) separating the two countries. The clash, which followed a series of standoffs beginning in early May along multiple sectors of the LAC, led to at least 20 Indian deaths and an unconfirmed number of Chinese casualties, the first time since 1975 that lives were lost in fighting between the two sides.

"Beijing ramped up its multiyear coercion campaign against its neighbors, provoking military or paramilitary standoffs with countries from Japan to India and much of Southeast Asia. Shortly after China's defense minister urged Beijing to use military force to stabilise its periphery, a violent clash on the China-India border in June led to the first loss of life between the two countries since 1975," it said.

Quoting Tanvi Madan, a senior fellow at the Brookings Institution, the report said, "According to Dr Madan, if China's goal from its actions was "to acquire territory... [the Chinese government] might deem the moves a success".

If Beijing intended to dissuade India from building infrastructure on its side of the LAC or warn it against aligning with the United States, however, "then the Chinese moves have been ineffective, if not counterproductive."

"Some evidence suggested the Chinese government had planned the incident, potentially including the possibility for fatalities. For instance, several weeks prior to the clash Defence Minister Wei made his statement encouraging Beijing to "use fighting to promote stability," the report said.

Citing another incident before the Galwan clashes, it said, "Just over two weeks before the incident, in another potential indication of Chinese leaders signaling their intent to escalate tensions, an editorial in China's state-owned tabloid Global Times warned that India would suffer a "devastating blow" to its trade and economic ties with China if it got "involved in the US-China rivalry." Satellite images depicted a large Chinese buildup in the Galwan Valley, including potentially 1,000 PLA soldiers, the week before the deadly skirmish."

The US top panel said that though both the countries have had "multiple physical clashes along their border" but "since General Secretary Xi assumed power in 2012 the two countries have seen five major altercations along their border". "The exact motivations behind the Chinese government's provocative behavior on the LAC this year remain unclear."

The Chinese and Indian troops are engaged in a stand-off since early May along LAC in eastern Ladakh.

The situation along the LAC deteriorated in June following the Galwan Valley clash in which both sides suffered casualties.

Twenty Indian soldiers lost their lives in the violent face-off on June 15-16. It happened as a result of an attempt by the Chinese troops to unilaterally change the status quo during the de-escalation in eastern Ladakh.