China's PLA appears to have 'instigated' clash to grab Indian territory: US leader

For the sake of grabbing Indian territory, the People's Liberation Army of China appears to have "instigated" the most violent clash between the two Asian giants, a top American Senator has said. 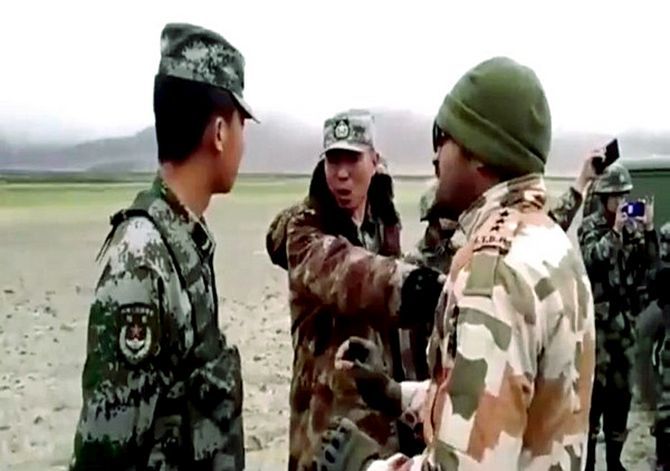 At least 20 Indian Army personnel were killed in the clashes with Chinese troops in the Galwan Valley in eastern Ladakh on Monday night.

China's official media has acknowledged casualties on the Chinese side without mentioning numbers.

In a major foreign policy speech on the floor of the House, Senate Majority Leader Mitch McConnell on Thursday said that "on land, for the sake of grabbing territory, the PLA appears to have instigated the most violent clash between China and India since those nations went to war in 1962".

In his speech, China topped the list of countries, threatening the interests of the US and its allies.

"Needless to say, the rest of the world has watched with grave concern this violent exchange between two nuclear states. We are encouraging de-escalation and hoping for peace.

"But the world could not have received a clearer reminder that the PRC (People's Republic of China) is dead-set on brutalizing people within their own borders, challenging and remaking the international order anew in their image to include literally redrawing the world map," McConnell said.

He said that the Communist Party of China has used the COVID-19 pandemic as a smokescreen for ratcheting up their oppression of Hong Kong and advancing their control and influence throughout the region.

"At sea, they have stepped up their menacing of Japan near the Senkaku Islands. In the skies, Chinese jets have intruded into Taiwanese airspace four separate times in a matter of days," the top Republican Senator said in his speech.

"Always best to push back against Chinese Communist Party thugs. India will not be intimidated. A strong, wise decision!" Banks said.