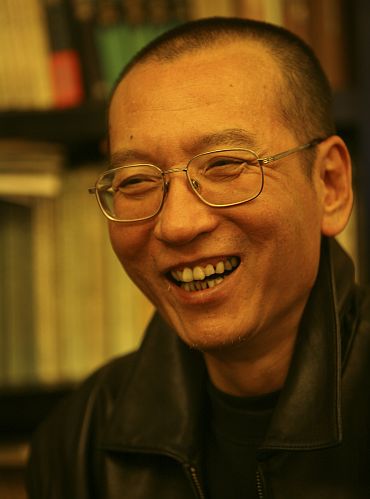 Liu, 61, died due to multiple organ failure at a hospital in Shenyang in northeastern China following a battle with cancer while still in custody. He was granted medical parole in June after receiving his diagnosis in prison, but Beijing would not let him seek treatment abroad despite Liu's wishes and international pressure.

Liu was sentenced to 11 years in jail for his strident opposition to the one party rule of the Communist Party of China. Liu served eight years in jail before he was diagnosed with cancer.

He was awarded the 2010 Nobel Peace Prize while in jail and was represented by an empty chair at the ceremony in Oslo.

A university professor turned rights campaigner, Liu was branded a criminal by the authorities.

Responding to Liu's death, Salil Shetty, Secretary General of Amnesty International commented that he was a man of fierce intellect, principle, wit and above all humanity.

"Today we grieve the loss of a giant of human rights," Shetty said.

"For decades, he fought tirelessly to advance human rights and fundamental freedoms in China. He did so in the face of the most relentless and often brutal opposition from the Chinese government," he said in a statement.

Despite enduring years of "persecution, suppression and imprisonment," Liu continued to fight for his convictions, he said.

"Although he has passed, everything he stood for still endures. The greatest tribute we can now pay him is to continue the struggle for human rights in China and recognize the powerful legacy he leaves behind," Shetty said.

Thanks to Liu, millions of people in China and across the world have been "inspired" to stand up for freedom and justice in the face of "oppression", he said.

The last time a Nobel Peace laureate died in state custody was in 1938, when pacifist Carl von Ossietzky died of tuberculosis under guard in a hospital in Nazi Germany, it noted.

"Even as Liu Xiaobo's illness worsened, the Chinese government continued to isolate him and his family, and denied him freely choosing his medical treatment," said Sophie Richardson, China director of HRW.

"The Chinese government's arrogance, cruelty, and callousness are shocking but Liu's struggle for a rights, respecting, democratic China will live on," she said in a statement.

In Beijing, Chinese Foreign Ministry spokesman Geng Shuang rejected all appeals to the Chinese government to allow the dissident to go overseas for medical treatment.

He said that the Chinese governemnt is guided by its own laws and other countries should not interfere in the China's internal affairs in the name of human rights.

Even after it was announced that Liu suffered from liver cancer, close friends and relatives were barred from visiting Liu during his treatment.

He and his family were kept in isolation, watched around the clock by state security agents, Hong Kong's South China Morning Post reported.

Liu's wife, Liu Xia, who herself was under house detention as well as friends and members of the international community appealed repeatedly and unsuccessfully to the Chinese government to allow the dissident to go overseas for medical treatment.

Many of his friends and supporters said at the time of his release that they feared the dissident was close to death -- made a martyr by the Communist authorities.

"Whether it was gross negligence or political murder, they have committed an unprecedented crime as no other government of the world has ever seen a Nobel Peace Prize laureate die in its custody," said Hu Jia, a leading Chinese human rights activist, when Liu first left jail.

A university professor turned rights campaigner, Liu was branded a criminal by the authorities. He had played a major role in the Tiananmen protests of June 1989 which ended in bloodshed when they were quashed by the People's Liberation Army soldiers.

In October 2010, while serving his sentence at Jinzhou Prison, near Shenyang, Liu was named the winner of the Nobel Peace Prize for "his long and non-violent struggle for fundamental human rights in China." 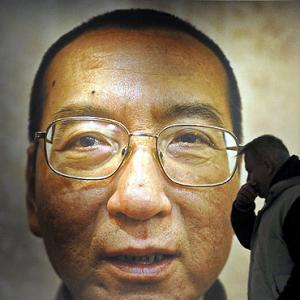 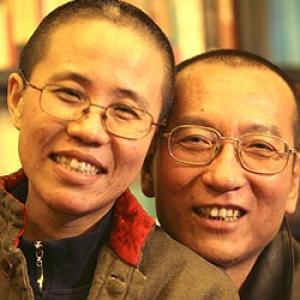