United States President Donald Trump has blamed countries like China, Russia and India for adding to the global air pollution and asserted that his country has the best environmental numbers. 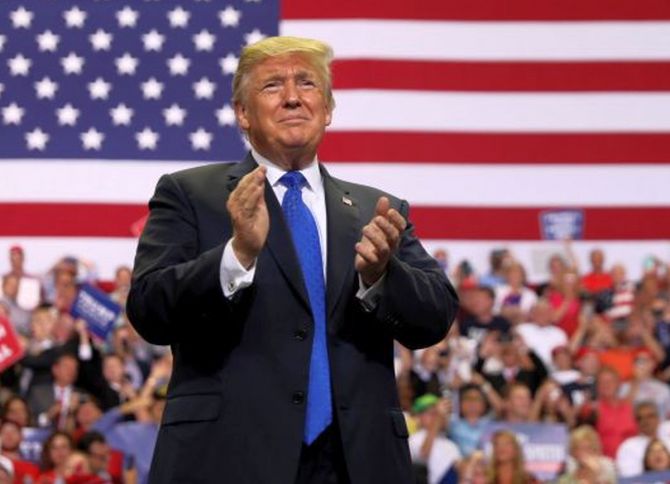 Speaking to his cheering supporters at an elections rally in the key battleground State of North Carolina on Thursday, Trump said the US under his administration has achieved energy independence while protecting its pristine environment.

“We have the best environmental numbers, ozone numbers, and so many other numbers. In the meantime, China, Russia, India all these countries they're spewing stuff into the air,” he alleged during the rally.

He said the US has achieved energy independence while protecting its pristine environment.

Trump in June, 2017 announced his decision to withdraw from the Paris deal, saying the accord would have cost America trillions of dollars, killed jobs, and hindered the oil, gas, coal and manufacturing industries.

He has continuously argued that countries like China and India are benefiting the most from the Paris agreement and the agreement itself was unfair to the US, as it badly hit its businesses and jobs.

During Thursday's rally too, Trump said to the cheering crowd that it were a few nations that were contributing to global pollution.

“I keep telling my people you know, I love clean air but Russia and China, you look at a map you have all these spots and India and many others are spewing it in. What do you suggest?” he asked his thousands of supporters who had gathered at a city airport here to listen to his election speech.

Trump also mocked at those who call for replacing plastic with paper.

“Well, we don't think you should sell straws anymore. Oh great ok. You ever hear that, the straw, right? I say ok the straw is good, what about the plastic plate? What about the carton? What about the glass that's out of plastic? Well we'll get to that later. These people are crazy,” he said.

In his speech, Trump also talked about jobs for the Americans and mentioned that he recently fired the head of a semi-private company for replacing American workers with foreign workers.

“The chairman of Tennessee Valley Authority was fired because he replaced American workforce with foreign workers. I told the board chairman, chairman, you're fired. Out. You're fired, chairman,” he said.

“And what happened is as soon as I said that they hired all the employees back from Tennessee and five other states, six other states. They're all back and they were great. They were great. So we do our little things, right? We did that one and it was great,” he said.

Trump alleged that the immigration plan of his Democratic opponent Joe Biden is the most extreme in the history of the country.

“Biden's plan would eliminate US borders by implementing nationwide catch and release that's catch, murderer comes over you catch him. What do you do? Well, not much. Most of them don't say they kill people right? You catch them. You take their name and you release them into our country. It was a big deal, it sounds easy,” he said, adding that he ended catch and release.

Biden in one of his rally on Wednesday said that if voted to power he would give citizenship to 11 million illegal immigrants. 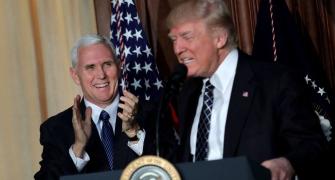 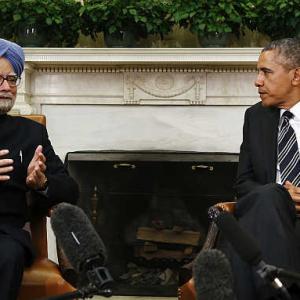