China has reported 37 new coronavirus cases including 25 in Beijing where 183 patients are undergoing treatment, with the city implementing wartime measures to arrest the COVID-19 spread, health authorities said on Friday. 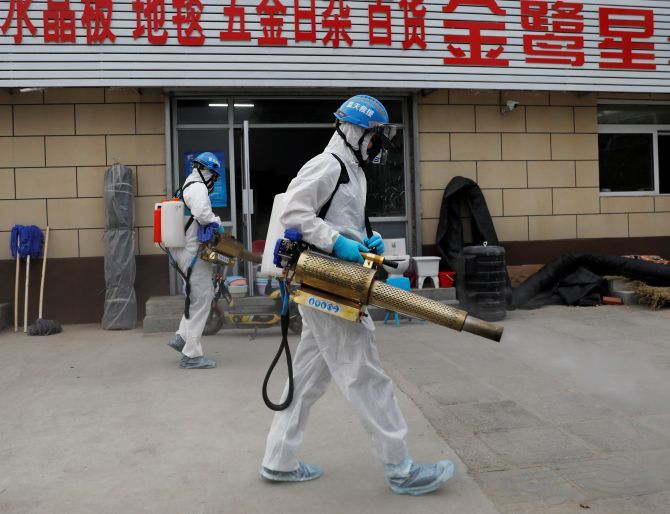 The National Health Commission (NHC) said that 32 new confirmed COVID-19 cases were reported in the country on Thursday of which 28 were domestically-transmitted and four were imported.

Of the domestically-transmitted cases, 25 were reported in Beijing, two in Hebei province and one in Liaoning province, it said in its daily report.

No deaths related to the disease were reported on Thursday, according to the commission.

As new cases continued to emerge, Beijing has implemented wartime measures to contain the spread of the coronavirus, it said.

Beijing has so far reported 603 confirmed domestically-transmitted cases, including 411 who were discharged from hospitals after recovery and nine deaths, it said.

As many as 183 patients were receiving medical treatment and 15 asymptomatic cases under medical observation.

So far, 174 imported cases have been reported in Beijing, with one still hospitalised, the commission said.

The NHC said that as of Thursday, the overall confirmed cases on the mainland reached 83,325, including 293 who were being treated, with 13 in severe conditions.

The authorities are closely monitoring seafood stalls in Xinfadi market which is at the centre of the new coronavirus cluster in Beijing, with a top health expert saying there were similarities to the situation in Wuhan at the start of the outbreak last year.

Wu Zunyou, chief epidemiologist at the Chinese Centre for Disease Control and Prevention, told media on Thursday that the 'findings at Beijing reminded us of the first outbreak of COVID-19 in Wuhan last year, which happened at the Huanan Seafood Wholesale Market'.

The focus of the Huanan investigation was the wild animal stalls, even though the seafood sellers were right next to them, Wu said.

The World Health Organization (WHO) has already questioned the Chinese officials' claims that the virus was traced to the imported salmon in Xinfadi.

Most of the new cases have been linked to the Xinfadi wholesale food market.

Until a week ago, the Chinese capital had been free of local transmission for 55 days.

Xinfadi was quickly identified as the centre of the outbreak after the first patient bought fish, followed by many cases that had links to the Fengtai district market.

'The seafood vendors also showed symptoms earlier than others,' he said.

The environmental samples taken from the market have shown that the places selling seafood, beef and lamb had more traces of the virus than others.