China-Pak nuke deal likely, but no parity with India

As India scalps its third nuclear deal this month, the vindication and the victory cannot hide the fact that the all-powerful Nuclear Suppliers Group (NSG), which met in Christchurch, New Zealand last week, failed to dissuade China from supplying two nuclear power reactors to Pakistan in pursuance of two that had earlier been supplied.

In fact, the 46-member NSG meeting has been characterised by such a deafening silence on the China-Pakistan front, only vaguely referring to the "value of ongoing consultation and transparency," that western diplomats as well as Indian officials agree that the major powers, led by the US, are more or less agreed to turning a blind eye towards the agreement.

Earlier this month, China announced that it was intending to sell Pakistan two civil nuclear power reactors, Chashma-3 and Chashma-4, arguing that it did not violate any of its international nuclear commitments because the new reactors were "grandfathered" to its 1985 and 2001 nuclear cooperation deals with Pakistan, which in turn came into being much before Beijing joined the NSG in 2004.

At first, the Obama administration cried foul, arguing that any China-Pakistan nuclear cooperation would require the NSG to issue a clean exemption just as it had done in India's case in 2008.

"This appears to extend beyond cooperation that was grandfathered when China was approved for membership in the NSG," US State Department spokesman Philip Crowley said on June 15.

A second spokesperson, Gordon DuGuid, was blunter. "The US expects Beijing to cooperate with Pakistan in ways consistent with Chinese non-proliferation obligations," he said.

But even as the NSG plenary was underway in Christchurch late last week, it became clear that the major powers were crafting a complicated quid pro quo, also involving India, which allowed the deal to go through, possibly as a one-time exception, in exchange for the understanding that there would be no serious objectors to the deal nor would China invoke the "grandfather" clause in the future.

Several diplomats representing the major powers here in Delhi explained the simple contours of the deal : China, arguing that the two new reactors for its "all-weather friend" and ally Pakistan would be subject to International Atomic Energy Agency (IAEA) safeguards (just like the reactors Chashma-1 & 2), would not bring its nuclear cooperation with Pakistan to the NSG.

Meaning, China was also willing to go along with the rest of the international community--led by the US-- which argued that there was no need for the NSG to give Pakistan a clean waiver, just like it had done in India's case in 2008.

"Delhi can rest assured that there will be no parity between India and Pakistan because the China-Pakistan deal will not come to the NSG," a diplomat told this reporter, adding, "India will remain the only country that has not signed the Nuclear Non-Proliferation Treaty to get an NSG exemption."

The diplomat conceded that Pakistan's nuclear track record in recent years, characterised by A Q Khan's secret nuclear dealings with "rogue powers" like Iran and North Korea, which helped both those countries expand and vastly improve their own nuclear arsenals, could not in any way be compared with India's own flawless record.

But he argued that Pakistan's economy was in "such bad shape" that it was also clear that it needed access to clean sources of energy. Nuclear energy was one such option, the diplomat said, pointing out that the world need not worry too much about nuclear material being stolen for military applications because both the new reactors would be safeguarded by the IAEA.

The diplomat pointed out that "no one, except Pakistan" wanted the Sino-Pakistani nuclear cooperation to come to the NSG table. It would also be in China's interest to play by established rules of the game. In fact, he added, China had cooperated with the US to sanction Iran's nuclear programme.

Asked why Pakistan wanted the deal to be brought to the NSG, the diplomat said Pakistan was hankering for a similar exemption as had been granted to India in 2008. But it had been made clear to Islamabad that its nuclear record would never stand the tough scrutiny India had faced for three long years before the deal was cleared by the NSG in 2008.

Srikanth Kondapalli, a professor in Chinese studies at the Jawaharlal Nehru University, pointed out that China was constantly "searching for a counterweight to India and to the Indo-US nuclear deal".

Interestingly, China and Pakistan had inked their agreement for Chashma-3 & 4 on November 20, 2008, just a month after India and the US signed their own pact (after NSG clearance). A fuel agreement was signed on September 30, 2009. On March 31, 2010, during the visit of Pakistan President Asif Ali Zardari to China, the Pakistan Atomic Energy Cooperation (PAEC) and China's Zhongyuan Engineering Corporation (ZEC) signed a deal for the two plants.

Diplomats speculating upon America's reasons for allowing the deal to go through pointed out that the US had asked China about this matter both before and at the NSG meeting in Christchurch last week, but got no satisfactory replies. One diplomat representing a P-5 country candidly admitted that his country "had little or no influence over China" and said he suspected that the US, too, did not want to unduly upset the delicate balance of political and economic power between Washington and Beijing.

Significantly, on the eve of the NSG meeting, a report by Christine Fair and Seth Jones writing in the well-known US think-tank Rand Corporation, argued in favour of the US doing a nuclear deal with Pakistan like it had done with India, thereby encouraging Islamabad to take the fight against terrorism to its nerve-centre.

"Pakistan legitimately fears that the (India) agreement may allow India to improve and expand its nuclear weapon arsenal," the report argued, pointing out that Pakistan felt discriminated against by America's pro-India positions. 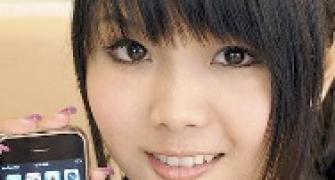 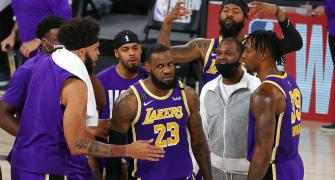 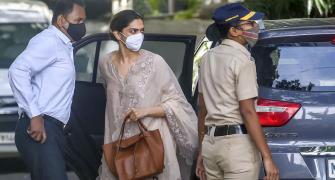 N-plants to Pak: Why China won't budge at the NSG