China expected to ramp up its nuclear arsenal

China is expected to boost its nuclear arsenal after President Xi Jinping's remarks at the key Congress of the ruling Communist Party in Beijing for the first time that Beijing will establish strong strategic deterrence, experts have said. 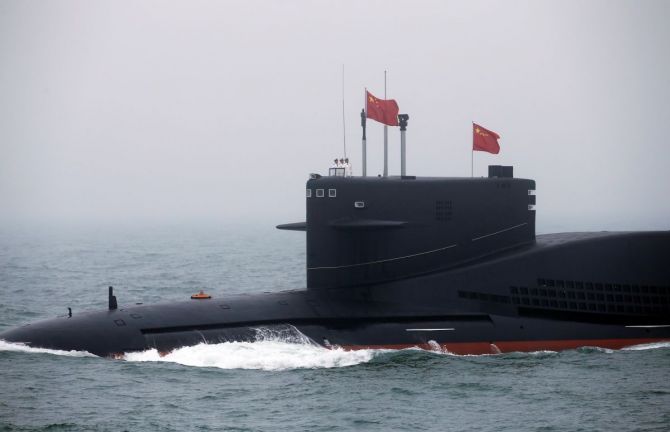 "We will establish a strong system of strategic deterrence," Xi, who is widely expected to be endorsed for a record third five-year term by the Congress of the CPC, told its opening session on October 16.

In the 63-page report, Xi, who also heads the Central Military Commission (CMC) -- the overall high command of the two million-strong People's Liberation Army (PLA) -- devoted a special section to the military titled Achieving the Central Goal of the PLA and Further Modernising National Defence and Military.

He also called for accelerated development of unmanned, intelligent combat capabilities, promotion of coordinated development and application of the network information system.

There was no mention of the concept of strategic deterrence in Xi's last party Congress report in 2017 or in his historical resolution last year.

Analysts said Xi's mention indicated China would improve its nuclear deterrence capability amid its increasing rivalry with the US, which is a major nuclear power.

Song said the PLA must strengthen its 'nuclear triad' forces -- its combination of ground-based intercontinental ballistic missiles (ICBMs), submarine-launched missiles and air-launched weapons -- as well as its second-nuclear strike capability to respond to a nuclear attack.

"All of these require the PLA to have a modern nuclear-armed force -- and to moderately increase the nuclear arsenal," he said.

The US has warned of the expansion of China's nuclear weapons in the past, with a report released by the Pentagon in November estimating China could have up to 700 deliverable nuclear warheads by 2027 and at least 1,000 by 2030, the Post report said.

Song said the need for strong strategic deterrence had arisen as the US had challenged the bottom line of both China and Russia over the Taiwan issue and the Ukraine war, and 'only when China has a strong nuclear capability can it effectively safeguard our national security'.

Zhao Tong, a senior fellow at the Carnegie-Tsinghua Centre for Global Policy in Beijing, told the Post that the new wording pointed to an ongoing, significant change in China's nuclear policy.

In 2021, the country moved from its traditional policy of building a 'lean and effective' deterrent to one of constructing a 'high-standard strategic deterrent'.

Then this year the declaration was to create a 'strong strategic deterrent capability'.

He said it was significant 'especially when considering that for many decades China had maintained a traditionally small nuclear arsenal and a very modest, self-restrained nuclear posture. All of this appears to have become history now'.

Zhao said it was very hard to tell how many nuclear weapons China planned to build eventually and the appearance of an open-ended nuclear build-up was what was driving concerns in the United States and other countries.

Analysing Xi's report, Robert Lawrence Kuhn, chairman of the Kuhn Foundation and a Beijing-based US expert on China, said that national security is more comprehensive in Xi's report than he has stated before, and encompasses every aspect of Chinese society.

Saying 'security' and 'safety' are stressed much more often in the report, Kuhn said China must be prepared to withstand major challenges. 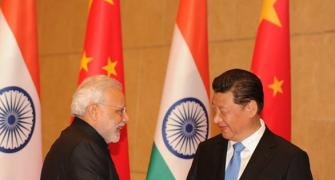