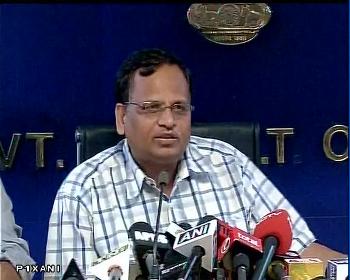 The Supreme Court on Monday imposed a cost of Rs 25,000 on Delhi Health Minister Satyendra Jain for failing to file an affidavit disclosing names of officials whom he had alleged of not cooperating in checking the menace of dengue and chikungunya in the national capital.

A bench of Justices M B Lokur and D Y Chandrachud asked Jain to file the affidavit by Tuesday, saying "the allegations are very serious and you (Jain) should file it (affidavit) by October 4."

Senior advocate Chirag Uday Singh, appearing for Jain, said the politician would file the affidavit by Tuesday. "Give us 24 hours," the counsel said.

To this, the court said, "when people are dying, you don't need 24 hours."

The bench then listed the matter for Tuesday.

The court had on September 30 taken strong exception to Jain's allegation that officials were not cooperating and taking responsibility to check vector-borne disease like dengue and chikungunya in the national capital and asked him to give names and evidence of those officials by October 3.

An affidavit filed by Jain in response to notices issued to the Delhi government on a PIL, which was taken suo motu cognisance of by the apex court, said officials have not been cooperating to curb the diseases.

Jain, in the affidavit, had said that officials were not taking responsibility and all files pertaining to diseases like dengue and chikungunya were being sent to LG for clearance.

The apex court had taken suo motu cognisance of the death of a 7-year-old boy due to dengue last year after being allegedly denied treatment by five private hospitals and subsequent suicide by his parents, and sought response from the Delhi government.

The apex court had last year taken suo motu cognizance of the matter after the couple -- Laxmichandra and Babita Rout, both natives of Odisha, committed suicide by jumping from a four-storeyed building in South Delhi's Lado Sarai after their only son Avinash died of suspected dengue.

Five hospitals -- Max hospital in Saket, Moolchand Khairatiram Hospital in Lajpat Nagar, Aakash Hospital in Malviya Nagar, Saket City Hospital and Irene Hospital, Kalkaji, were issued show cause notices to explain why their registration should not be cancelled for allegedly refusing to admit the boy.

As many as 5,293 chikungunya cases have been recorded till October 1 and the disease has caused 15 deaths so far. At least 21 fatalities due to dengue have been reported at various hospitals in Delhi. 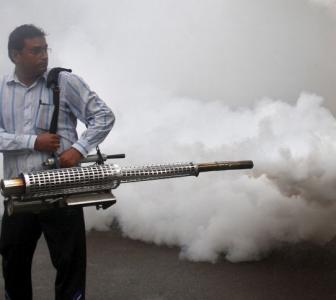 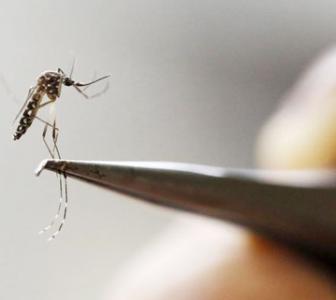 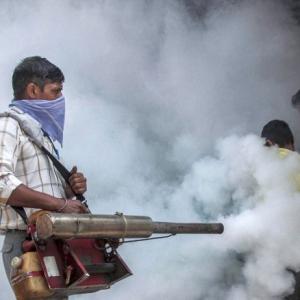