Chidambaram's 'role' in 2G scam: What Swamy told the court

A turning point arrived in the 2G spectrum case trial on Saturday. Janta party leader Subramanian Swamy, who has been seeking the inclusion of Union Home Minister P Chidambaram in the list of accused in the 2G scam, deposed as a witness in a special court of the Central Bureau of Investigation.

Swamy made a quiet entrance in the court room at around 10 am. Neatly dressed in a white kurta pyjama, he stood at the witness box to the right of presiding Judge Justice O P Saini. He was flanked by his wife who stood beside him through the hour-and-a-half long deposition.

The court room was emptier than it is usually on weekdays when an entourage of all the 2G scam accused and their family members fill the court room. But the media personnel were present in full force and listened intently to the exchange of arguments between Justice O P Saini and Subramaniyan Swamy.

Swamy read out letters exchanged between the ministries of finance and telecom and the prime minister's office up to January 2008, most of which are now in public domain via RTI applications. There was nothing new or dramatic in his deposition today.

Swamy also produced documents that he had downloaded from the Internet.

Justice O P Saini objected to this and said, "The authenticity of these documents is very doubtful."

Swamy promptly answered, "All the original documents are with the CBI and they (the CBI) have given photocopies."

He added, "Your lordship, I will submit true and authenticated copies as evidence to the court."

"There are a lot of people here watching your every move," the judge said to Swamy, hinting at the media people surrounding him.

Swamy then read out an official communication which stated that Chidambaram and former telecom minister A Raja had met each other thrice before finally meeting Prime Minister  Manmohan Singh together on April 4, 2008 and ' conveying their agreement on the question of pricing of spectrum.'

He cited Chidambaram's letter dated January 15 2008, in which the then finance minister wrote, "It is clear that there are three separate concepts for charging on spectrum. 1) Entry fee; 2) charges for spectrum; 3) revenue share."

"The present entry fee (the letter was written in 2008) is based on the highest bid received in 2001 namely Rs 1,651 crore. The spectrum charges are fixed at 2 percent, 3 percent or 4 percent of Adjusted Gross Revenue depending upon the spectrum bandwidth. And the revenue share is also a percentage of the AGR."

Chidambaram further wrote, "Spectrum is a scarce resource. The price for the spectrum should be based on its scarcity value and efficiency of usage. The most transparent method of allocating spectrum would be through auction.

"And about licensees which already hold spectrum over and above the start up spectrum, in such cases, the past may be treated as a closed chapter and the payments made in the past for additional spectrum may be treated as charges for spectrum for that period."

Swamy explained to the judge that he was trying to make a case prima facie, and hence he was reading the letters, one after the other'

To this, Justice Saini responded, "Now, talk about those exhibits which can be examined. You can't base your whole case on these documents."

Swamy then read from a few other documents and wanted to open his arguments on the second charge on former telecom minister A Raja, saying "Swan and Unitech were allowed to offload their shares to Etisalat."

And when Swamy said, "this document shows that," Justice Saini stopped him and said, "Let us leave the conclusion of what a document shows to the court. Let the court decide it. You are here as a witness, and your job is to put the facts on the table."

Swamy immediately retracted his remarks and asked about the two witnesses he had wanted in court.

"I would like to argue on the recall of two witnesses," Swamy said to Justice Saini.

But the judge turned down Swamy's request and asserted, "If every fact can be provided by you, we don't need any further witnesses."

The next hearing for the case is scheduled for January 7, 2012. It will be interesting to see how Swamy takes this case further. 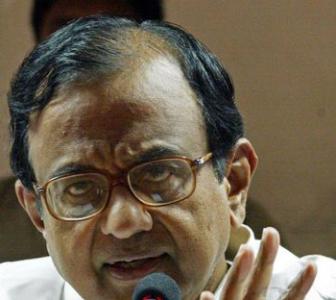 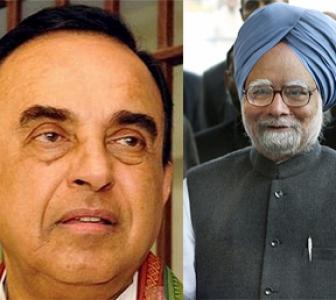 Has Chidambaram been left to fend for himself?