Home Minister P Chidambaram on Monday sought to blame migrants to Delhi for crimes like rape, a statement that came under scathing attack from political leaders, following which he withdrew it.

"Nevertheless, crime takes place because Delhi attracts a large number of migrants. There are a large number of unauthorised colonies. And these migrants who settle in city's north-west colonies carry a kind of behaviour which is unacceptable in any modern city. So crimes do take place," Chidambaram told reporters on the sidelines of a function.

Condemning the recent rape incidents in the capital, he said steps are being taken by setting up more police stations, recruiting more police men and putting more police vehicles on the roads to improve the law and order situation.

Chidambaram's remarks were criticised by Bharatiya Janata Party, Rashtriya Janata Dal and Samajwadi Party leaders, who said they were made to cover up his and Delhi police's failures.

"How can the home minister make such an irresponsible statement on matters like crime in the capital? He owes an apology to the nation," said one of his Cabinet colleagues.

"P Chidambaram must remember that he is from Tamil Nadu and practices in Delhi as an advocate and Parliamentarian. I belong to Madhya Pradesh," said Janata Dal - United president Sharad Yadav.

He said that since New Delhi was the capital of India, poor people from other states came here to look for a job. "People from Bihar, Haryana, Orissa and other parts of the country come here for livelihood. If they do not get an opportunity to work in their own states then they would naturally come to Delhi. Whenever the elections are held they seek votes of the migrants and now if anything, happens they blame these same poeple," he said.

Shortly after that, the home minister issued a clarification, saying he did not refer to any state or region or language or race or religion and was conscious that every one who came to work in Delhi was, in a sense, a migrant, including himself.

He said when he was asked a question about the recent incidents of rape in Delhi and the alleged failure of the Delhi police, his reply had a "matter of fact reference to migration, unauthorised settlements and behaviour that is unacceptable".

Chidambaram said he was dismayed that some people have pounced upon the word 'migrant' and have raked up a controversy.

"The country faces many real issues and I have no desire to say or do anything that will distract from the real issues. I have nothing against migration or migrants, being a migrant myself. I was pointing to 'behaviour that is unacceptable'. Nevertheless, I think the best way to put an end to any controversy would be to withdraw the whole of my answer to the question, and I do so," he said.

"I would request every one, including the Delhi police, to focus on the real issues of crime, crime prevention and crime detection," he said.

RJD chief Lalu Prasad termed Chidambaram's statement as 'very unfortunate' and said it was an attempt to 'hide his own failure by putting the blame on the migrants'.

"I disapprove the statement of Home Minister Chidambaram. In the future, he should talk about his own failure and should not put blame on others," he said.

Condemning Chidambaram's statement, BJP spokesman Shahnawaz Hussain said, "This is an irresponsible statement. Congress leaders are taking out their frustrations over the party's defeat in Bihar. The Delhi police works under the nose of the home minister. He should not make such statement to cover up his failures."

SP Member of Parliament Akhilesh Yadav said Congress ministers cover up their failures or blame it on others.

"As for law and order, responsibility is fully of the police and other authorities; they are getting their salary for this. But to put the onus on others is running away from responsibility," he said.

"These are opportunistic crimes. The police have acted swiftly. They have arrested the alleged culprits. They have to be taken before a court of law and I am sure the law will take its own course," said Chidambaram.

"I condemn what happened. At the same time, I think we must understand the nature of policing today in a big city and I think the police have done well in capturing the culprits very quickly," he said. 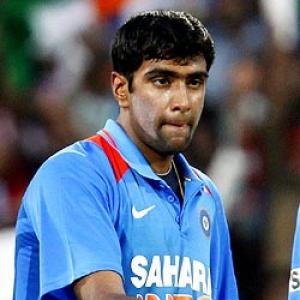