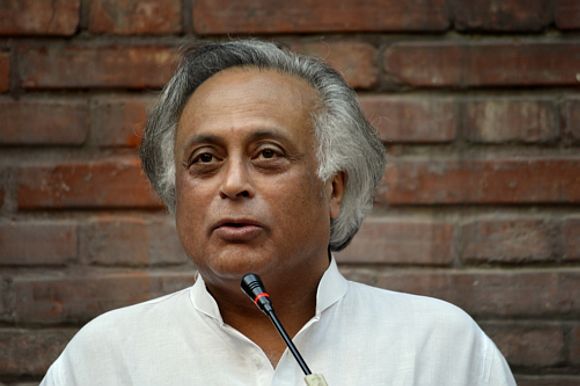 Former Finance Minister P Chidambaram is Congress nominee from Maharashtra for the biennial elections to Rajya Sabha while senior leaders Kapil Sibal and Jairam Ramesh have been named from Uttar Pradesh and Karnataka respectively.

Others nominated in the polls include Oscar Fernandes from Karnataka, Congress general secretary Ambika Soni from Punjab, Chaya Verma from Chhattisgarh, Vivek Tankha from Madhya Pradesh and Pradeep Tamta from Uttarakhand.

The decision was taken by party president Sonia Gandhi.

Chidambaram,70, did not contest the 2014 Lok Sabha polls and his son Karti had unsuccessfully fought from his native Sivaganga constituency in Tamil Nadu.

One nomination from Karnataka has been left to the party general secretary and Pradesh Congress Committee chief and Congress Legislative Party leader to decide.

The entry of Chidambaram and Sibal in Rajya Sabha and renomination of Ramesh would strengthen the party's attack on the government in the Upper House where the National Democratic Alliance lacks majority.

All India Congress Committee secretary Avinash Pandey is the retiring member from the state.

Tankha is a senior advocate and Tamta is a known loyalist of Uttarakhand Chief Minister Harish Rawat.

Renomination of Soni from Punjab was a forgone conclusion in view of the assembly election in the state next year. She is the chairperson of the campaign committee.

Fernandes who has been renominated from Karnataka is on the board of Young Indian Pvt Limited which looks after the National Herald.

Ramesh as a former rural development minister had been at the forefront of the attack on the NDA government over Land Ordinance Bill and Prime Minister Narendra Modi over the alleged Gujarat State Petroleum Corporation scam.