Senior Congress leader P Chidambaram on Thursday took a swipe at the BJP over the cut in excise duties on petrol and diesel, saying the results of the 30 assembly and three Lok Sabha by-elections have "produced a by-product". 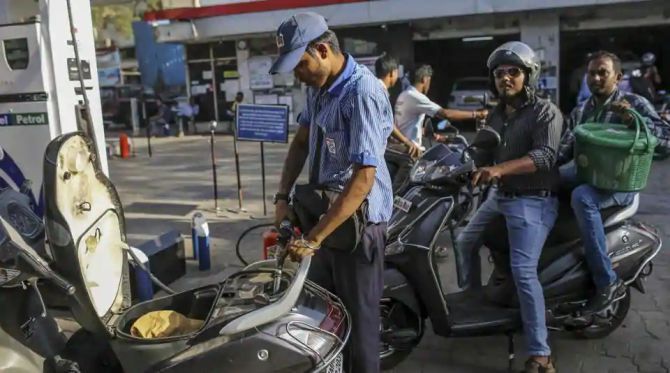 The government on Wednesday cut excise duty on petrol and diesel by a record Rs 5 and Rs 10 per litre to help bring down rates down from their highest-ever levels.

"The results of the 30 Assembly and 3 LS by-elections have produced a by-product. The centre has cut excise duties on petrol and diesel!" Chidambaram said on Twitter.

"It is a confirmation of our charge that fuel prices are high mainly because of high taxes," the former finance minister said.

"And our charge that high fuel taxes is because of the greed of the central government," he added.

Hitting back at the Congress leader, Union minister Dharmendra Pradhan, who earlier held the portfolio of Petroleum and Natural Gas, said, "If the accusation is being sensitive to people's demand and sharing their sorrow, we happily accept it as the Modi government stands for being with the people in their happiness as well as in grief."

On Wednesday, Chidambaram had said that in the by-elections in 30 assembly constituencies -- BJP won seven seats and its declared allies won eight seats.

Congress won eight seats. Non-BJP parties won seven seats of which only one seat was won by a crypto ally of the BJP, namely YSR Congress, he had said.