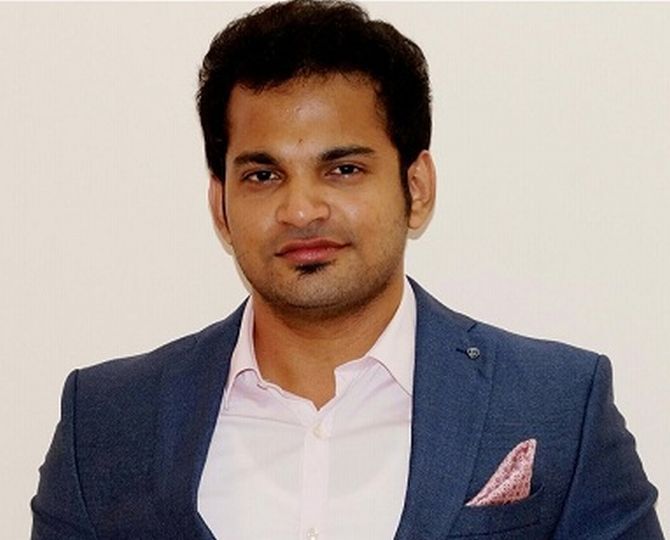 Among tales of humanity emerging from rain-battered Chennai is a story of a Hindu couple who have named their newborn after a Muslim who came to their rescue when the crisis blew them over.

Chitra and Mohan, hailing from Urapakkam which suffered one of the worst flooding in the city's southern neighbourhood, named their daughter Yunus after the MBA graduate, who rescued the pregnant woman from neck-deep waters and moved her to a hospital.

The couple thanked Yunus by naming their daughter after him, with the businessman now promising to take care of his namesake's educational expenses.

Narrating the experience, Yunus said, "I hail from Nungambakkam and I realised on the night of December 2 something is not right and I thought of helping my friends in Urapakkam area, which was one of the worst-hit areas due to the heavy rainfall."

The screams of a woman in the area initially sounded like a frightened reaction to Yunus and his friends, but "later I realised she was undergoing labour pain", Yunus told PTI.

"At first, my objective was to take her and the family to a safer place and we moved her to nearby Perungalathur by boat. That 15-minute journey is unforgettable," he said.

However, he got the surprise of his life when Mohan informed him that he has named his daughter Yunus.

In a text message to Yunus, Mohan informed him of the birth of his daughter and his decision to name her after the Muslim postgraduate.

"We take pride in this," Mohan had told him.

Having himself been a victim of a disaster, Mohan has vowed to contribute 50 per cent of his salary for the needy.

Asked whether he had time to pay a visit to the child, Yunus said he was still helping those affected with his 15-member team.

"The full credit goes to the team, my friends and the fishermen from Besant Nagar beach. They were there with me always and still helping to take part in the relief efforts", he said.

"As far as the child is concerned, I will definitely pay a visit soon. Through you, I wish to inform them that the child's education fees would be fully borne by me," he said.