ISRO hopes to put a crew on the moon, but it has to learn how to keep people alive and healthy in space first. 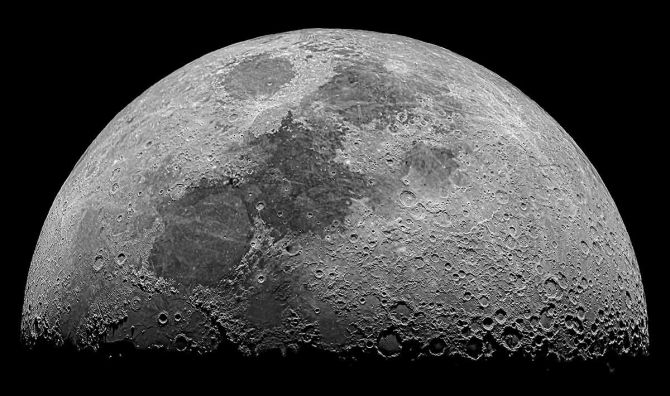 The moon will be the focus of multiple missions through 2022 and the following decade.

Luna is not only important real estate in itself, it will also be the test-bed for technologies that enable exploration of Mars and the establishment of space colonies. It could also be a source of many different minerals.

The National Aeronautics and Space Administration (NASA) has a sequence of missions, codenamed Artemis, scheduled for the next few years.

The first would test a new unmanned rocket and associated systems.

The second would put a team of astronauts into orbit around the moon.

The third would land a team (including at least one woman) on the moon.

NASA also intends to put a space station in orbit around the moon -- Artemis mission 2 will explore the feasibility of that.

The European Space Agency is also shortlisting six astronauts for training, and claims to have whittled a list of 23,307 applicants down to around 1,362 at last count.

The six chosen ones will be trained to live on the International Space Station (ISS) before being launched on a lunar mission.

About 40 per cent of the 1,362 applicants in the running are women, and 29 are differently-abled in some respect.

India has plans as well. It will send Chandrayaan-3 to the moon in late 2022, and the Indian Space Research Organisation is testing and building equipment for the Gaganyaan mission, which would be its first manned mission.

Eventually, ISRO also hopes to put a crew on the moon, but it has to learn how to keep people alive and healthy in space first.

Russia-China JV: There's plans for building a permanent lunar habitat, as a joint venture between Russia and China, with both nations inviting other countries to pitch in. This won't happen before 2027 at the very least.

The Chinese say they have built an experimental testing centre for lunar equipment. This involves cleverly inducing low-gravity by means of magnetic levitation, as well as inducing extreme temperature variations and simulating a lunar surface (in most places, lunar rock is covered by metres-thick layers of dust; also see box).

NASA trains astronauts for low-gravity by putting them into planes flying in parabolic curves, which means weightlessness for a maximum of a few minutes at a time, whereas magnetic levitation can simulate long-term weightlessness.

The Chinese demonstrator is being used for equipment tests, rather than training humans. But it's possible such designs could scale up to create larger, long-term micro-gravity environments.

The Chinese already have robotic probes on the moon, including a lander-rover set on the dark side.

They plan to launch at least three more of these unmanned missions. These will carry experiments -- payloads as they're known -- from several other nations.

South Korea is also targeting the launch of its first lunar mission, the Korea Pathfinder Lunar Orbiter, from Cape Canaveral (USA) in August.

Roscosmos, the Russian space agency, also plans to launch a robotic mission to the moon's south pole in July.

Between them, these missions will generate both a repository of new knowledge about the moon, and help develop new technologies.

Going by the history of space research, that will, in turn, lead to direct benefits for the 8 billion humans here on Earth.

The moon is airless, with a gravity around one-sixth that of Earth.

The moon has large deposits of metals. It also contains large quantities of oxygen embedded in various compounds, and isotopes of helium in larger quantities than on Earth.

We know there's water ice and there may even be liquid water under the surface.

The harsh conditions make it a "test-lab" for technologies that may allow humans to survive on Mars. The presence of valuable minerals has many implications.

Let's assume robotic mining technologies can exploit these -- that's not much of a stretch.

Mining for profit involves a lot of legal shenanigans, given the ambiguity of international space laws.

But mining may make it considerably easier to survive on the moon by using local water and oxygen. Also, if we can robotically mine, and build rockets and other stuff on the moon, it would be easier to reach other places.

Less power is required for escape velocity, for example.