The former chief minister, who embarked on the foot march on October 2 to create an awakening among people of Andhra Pradesh, crossed 1,000 kms when he reached Pentakhurd village under Bodhan constituency in Nizamabad district.

He would complete 1,015.8 km of foot march by Monday night at J Jamalpur, party sources said. Nizamabad is the sixth district in Chandrababu's padayatra, in which he covered over 423 villages spread over 26 Assembly constituencies in 63 days.

A diabetic for the past 15 years, the 63-year-old leader of opposition has been taking painkillers to overcome pain caused by the foot march. Besides, he has also been reportedly taking energiser drinks to stay fit for the yatra, resulting in increase in his blood sugar level to 350 mg/dl.

"Hitherto, Chandrababu used to strictly take a balanced diet and that kept his sugar level under control. But now, he is unable to follow that regime leading to increase in sugar level, though it's not alarming," a senior doctor attending on him pointed out.

Specialist doctors from Hyderabad are constantly monitoring his health condition all along the yatra while the TDP workers are performing special pujas in temples for his health.

"He is facing many problems. There are blisters on his feet, but still our leader is continuing his foot march with determination for the welfare of people," TDP vice-president and former Member of Parliament Kambhampati Ramamohan Rao said.

Chandrababu's foot march (first phase) is scheduled to end on January 26 after covering a distance of over 2,600 km. 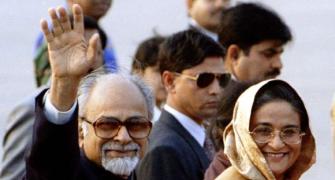 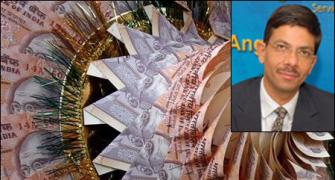 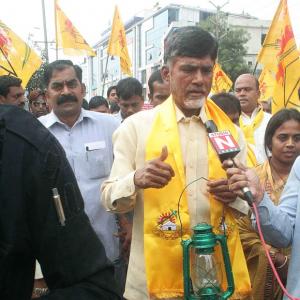 Chandrababu covers 800 km in his walkathon 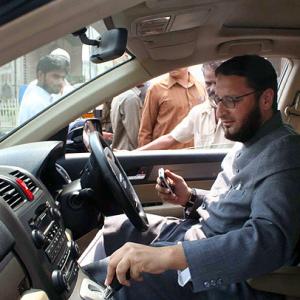