Source: PTI
July 30, 2012 16:05 IST
Slamming the Karnataka government for failing to stop attacks by Hindu outfits on young boys and girls in the state in name of moral policing, the Centre on Monday demanded firm action against the "hoodlums" for such acts.

Information and Broadcasting Minister Ambika Soni said incidents of moral policing like the one in Mangalore last Saturday have been enacted earlier too and inaction by the state government is only encouraging elements with "sick minds" from resorting to such offences.

"I think the state government should have stepped in long ago because not stepping in and not dealing with them firmly is only encouraging them. Nobody under the law of the land under the Indian Constitution has the right to violate the modesty of women or any other Indian citizen," Soni said.

Referring to visuals aired by television channels, she told Headlines Today that there is "proof to take them (the attackers) under arrest... these people should be behind bars. Their minds are sick."

Suspected Hindu Jagarane Vedike activists carried out attacks on young boys and girls at a private homestay in Mangalore on Saturday last alleging that a rave party was on at the home stay where illegal activities were going on.

"If you are entertaining a friend, celebrating a birthday party or celebrating the birth of a child in your own home, no one has the right to trespass your home," Soni asserted.

Eight persons have been arrested in connection with the incident. 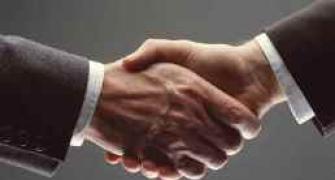 Sony Pictures to buy out Indian promoters in MSM for Rs 1,500 cr
Hindu boy converts to Islam on live TV show in Pak 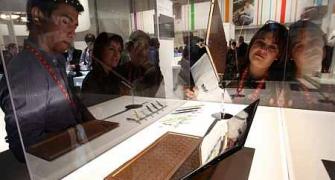