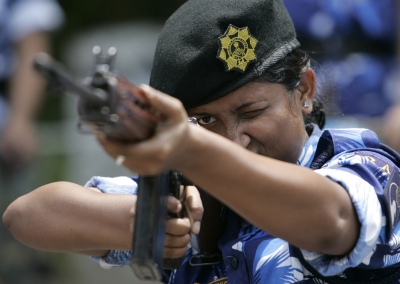 After the proposal to set up the NCTC was rejected by most state govenrments, many Union ministers have gone to the media to complain that the approach by the states was not right and the need of the hour was to set up the NCTC considering the danger the nation faces from terrorism.

However, experts have a different point of view, and looking at the manner in which the Centre tackled this issue, it becomes evident that an executive approach and a top-heavy attitude is what brought about the downfall of this ambitious project:

Former chief of the Research and Analysis Wing C D Sahay says that the real agenda of the government comes into question when a promise to debate the issue and seek a national consensus was not adhered to.

“I find it rather intriguing when leaders rush to the press and blame the states on this issue. A due process ought to have been followed in the matter. There was need to make the NCTC accountable while setting up a separate Intelligence and investigating wing under the Centre,” he says.

But IB sources wonder if India can have the luxury of debating issues relating to terrorism and not arriving at any consensus.

“The need for an NCTC is not new. It has been the need much before the 26/11 attack. The day we recognised that international terrorism has hit us, we found the need to have an agency such as NCTC. However, its set-up was debated for several years and the biggest problem was always the turf war (between agencies). No one was  able to say clearly who shall have the control,” says a source.

The IB says there was a need to have a quick reaction methodology considering the various kinds of terrorism the nation faces.

“Today we have home-grown, ethnic-based, externally sponsored and regional terrorism. While we do agree that a top-heavy approach is not exactly the need of the hour, there ought to have been a bifurcation while dealing with this subject. When it comes to global terror, the question is whether it ought to be treated as a state subject. We would not comment on the other forms of terror where we agree that the role of the state is important,” added the source.

It is almost certain that the NCTC has died a natural death now, some officials believe.

“But does that mean we do nothing about it? There are several other issues that we need to deal with. For instance, do we recognise the importance of an Intelligence Bureau while fighting terrorism? They have to gather intelligence and analyse it before stating whether the same is actionable or not. The IB is falling short of staff,” informed a source.

The statistics says it all: The IB has 18,000 personnel as opposed to the required 27,000. The vacancies have not been filled up since the past five years. There are just 5,000 on the field while the rest have office jobs. Worse, there are just some 300 of them who are directly involved with counter-terrorism.

IB officials feel that these are issues that need to be addressed. They also speak of the need of training state intelligence officials and also the state police force in the art of coordination. While fighting home-grown terror, it is very important that the states have a strong force on hand with the expertise to counter the problem.

Image: A member of the Rapid Action Force attends a training session on counter-terrorism at a police training school in Kolkata | Photograph: Parth Sanyal/Reuters