They said Adhikari, 50, will be secured by armed commandos of the Central Reserve Police Force whenever he moves in West Bengal.

The Union home ministry has issued an order in this context, the sources said.

At all places except West Bengal, they said, he will have a 'Y+' cover by the central paramilitary force.

Adhikari, a former minister in the cabinet of chief minister Mamata Banerjee, had resigned from the primary membership of the TMC on Thursday.

He had resigned as an MLA a day before and it is expected that he may join the Bharatiya Janata Party on Saturday.

Union Home Minister Amit Shah will begin a two-day tour of the state from Saturday.

Under the 'Z' category, Adhikari will have a mobile team of about 6-7 armed CRPF commandos and a pilot and escort vehicle.

A report of the central security agencies on probable threats against Adhikari was analysed before the security was granted to him, they said.

The Union home ministry, early this week, also upgraded the VIP security cover of BJP leader Kailash Vijayvargiya with the addition of a "bullet resistant" car in his convoy during tour in West Bengal.

An official had said that Vijayvargiya's (64) security upgrade was done "keeping his mind the security requirements of the protectee in the wake of the recent attack on his vehicle that was part of a convoy of BJP president J P Nadda".

Vijayvargiya, a general secretary of the party and in-charge of BJP affairs in West Bengal, is protected by the CISF.

Shah and BJP president J P Nadda are some of the other protectees under the CRPF cover.

In a similar development, the home ministry has also provided a 'Y' category VIP security cover to BJP MP from Maharashtra Narayan Rane.

Rane, 68, will be secured by the CISF on an all-India basis and will have two security personnel with him during his movements, officials said. 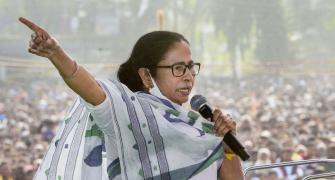 It's Mamata vs Centre again over IPS officers' issue 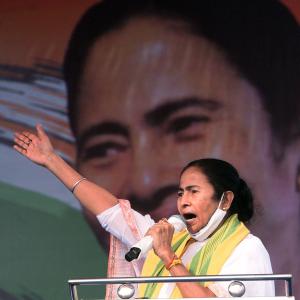