The Right to Information Act, 2005 has been amended to include NIA, Natgrid and CBI in its second schedule which exempts "intelligence and security organisation established by the central government" out of the purview of the Act.

"In the second schedule of the RTI Act, 2005, after serial number 22 and the entry relating thereto, the following serial numbers and entries shall be added, namely : 23. CBI, 24. NIA, 25. Natgrid," a notification issued on June 9 by the Department of Personnel and Training (DoPT) said.

Now, 25 organisations have been listed under the second schedule of the RTI Act which includes Intelligence Bureau (IB), Research and Analysis Wing (RAW), Central Economic Intelligence Bureau, Aviation Research Centre and National Security Guards among others not to provide information except the ones relating to allegations of corruption and human right violations.

Many RTI activists and social workers have raised eyebrows over the government decision saying it would hamper the transparency law.

"It is really a bad news for all the RTI activists. Government is trying to dilute the law by making such amendments. It needs to be resisted," said Ajay Dubey, an RTI activist.

The CBI deals with investigations in special criminal cases, economic offences and corruption related cases whereas the NIA is mandated to probe and prosecute offences affecting sovereignty, security and integrity of India, security of states, friendly relation with foreign states among others. 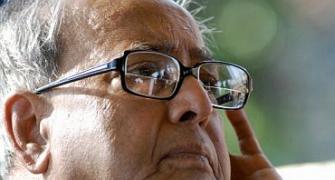 Is it that easy to access and bug Pranab's office?
Tough task before NIA in 'Hindu' terror cases