The Centre and the protesting farmer unions will resume stalled talks on Wednesday with the latter sticking to their hardline position that the parleys will only be on the modalities of repealing the three new agri laws and giving a legal guarantee on the minimum support price among other issues. 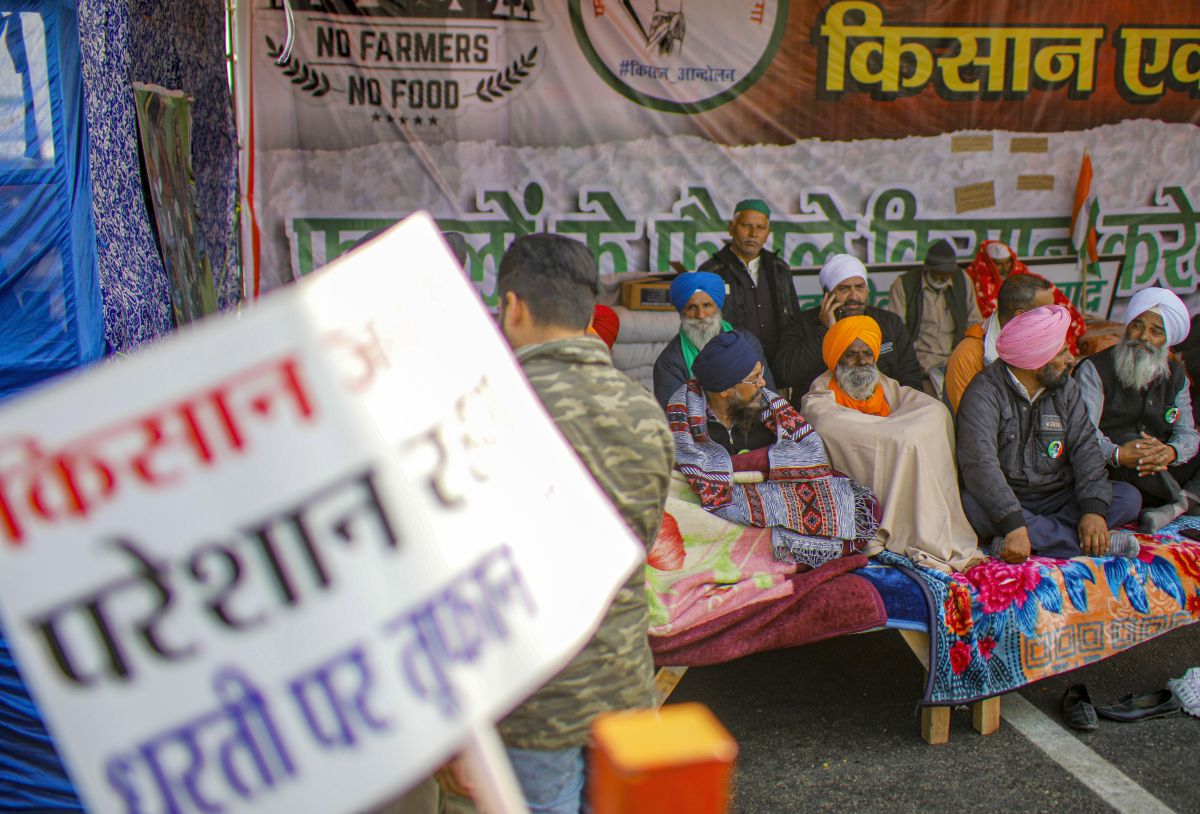 Ahead of the crucial sixth round of talks after a three-week hiatus, Union ministers Narendra Singh Tomar and Piyush Goyal on Tuesday met senior Bharatiya Janata Party leader and home minister Amit Shah.

Sources said they discussed and finalised the government's position for the meeting.

Tomar on Monday said he is hopeful of an early solution to the impasse.

The Centre on Monday invited the 40 protesting farmer unions for the next round of talks on December 30 on all relevant issues to find a "logical solution" with "open mind" to the prolonged impasse over the three new agri laws that was enacted in September.

The Morcha further said the agenda should also include amendments to be made and notified in the Commission for the Air Quality Management in National Capital Region and Adjoining Areas Ordinance, 2020 to exclude farmers from its penal provisions.

The letter also stated that withdrawal of the Electricity Amendment Bill 2020 to protect the interests of farmers should also be part of the agenda.

The fifth round of talks was held on December 5, while the sixth round originally scheduled for December 9 was called off after an informal meeting of Home Minister Shah with some union leaders failed to reach any breakthrough.

The government had, however, followed up Shah's meeting with a draft proposal sent to the unions in which it had suggested 7-8 amendments to the new laws and written assurance on the MSP procurement system. It has ruled out a repeal of the three agri laws.

In a letter to the farmer unions, Agriculture Secretary Sanjay Aggarwal on Monday invited them for the talks at 2 pm on Wednesday at Vigyan Bhavan in the national capital.

The farmers had also written to the government on December 26 listing the agenda.

In the latest letter, the Morcha pointed out that in its December 26 communication to the government, it had mentioned "changes" by mistake instead of "withdrawal" in the Electricity Amendment Bill 2020.

Farmer unions also deferred to Thursday their proposed tractor march against the contentious agriculture laws, so that the rally does not clash with their talks with the government.

Thousands of protesting farmers, mostly from Punjab and Haryana, have been camping at three Delhi border points -- Singhu, Ghazipur and Tikri -- for the past 31 days, demanding a repeal of the three farm laws and legal guarantee for MSP.

The Congress demanded legal sanctity to the demands of farmers including that on ensuring the MSP.

Addressing a joint press conference, Congress leaders Rajeev Shukla and Govind Dotasra said the government must immediately repeal the three farm laws and bring fresh ones after incorporating the demands of farmers and then get them passed by Parliament.

Shukla also said it was wrong on the part of the government to dub the farmers agitation as political as it is an attempt to defame farmers.

NCP supremo and former agriculture minister Sharad Pawar, meanwhile, accused the Centre of bulldozing the farm laws without consulting states and asserted that agriculture cannot be run "sitting in Delhi" as it involves farmers toiling in distant villages.

Pawar also raised questions about the composition of the three-member ministerial group negotiating with the unions, saying the ruling party should have put forward leaders with "in-depth" understanding of agriculture and farmers' issues.

In an interview with PTI, the former Union minister said the government needs to take the protests seriously and it was "unfair" on the part of Prime Minister Narendra Modi to blame opposition parties for the agitation by farmers.

He said the opposition parties will take a call on their future course of action on Wednesday if the government fails to resolve the impasse.