More bird deaths were reported from several states, including those of 381 migratory species in Himachal Pradesh, amid cases of avian flu in parts of the country, while a central team reached Kerala on Thursday to assess the situation in two districts where thousands of chickens and ducks were culled following an outbreak of the influenza. 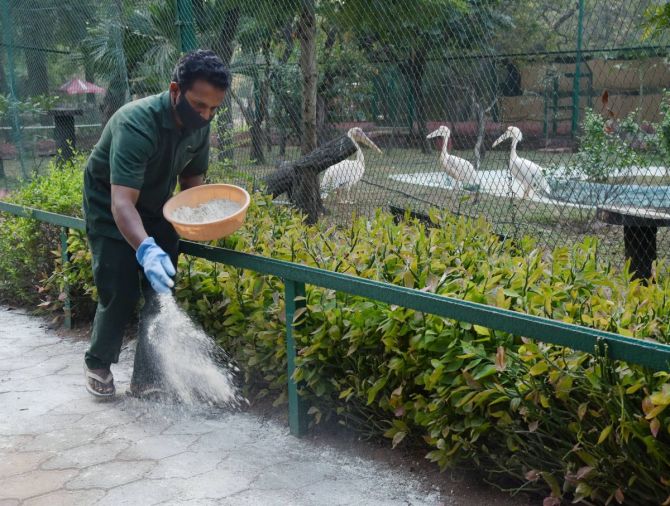 IMAGE: A worker sprinkles disinfectant powder outside birds enclosure, as part of a preventive measure against Bird flu, at Nehru Zoological Park in Hyderabad, on Thursday. Photograph: PTI Photo

With many states of north India on high alert following cases of the influenza, the Delhi government has asked its officials to keep a close watch on poultry birds coming in from 'neighbouring states' to prevent any infection.

The Centre said bird flu has been confirmed only in Kerala, Rajasthan, Madhya Pradesh and Himachal Pradesh so far, but all states should be prepared for any eventuality.

States have been told to ensure sufficient stock of PPE kits and accessories required for culling operations.

They have also been asked to create awareness among public that it is safe to consume poultry products after following boiling and cooking procedures.

The number of dead migratory birds at the Himachal Pradesh's Pong wildlife sanctuary in Kangra district has reached 3,409 as 381 more were found dead on Thursday, an official said, adding that 64 crows have also been found dead in the past few days in areas near the sanctuary.

Crows were also found dead in Bilaspur district, officials said, adding that their samples have been collected for testing.

The birds are believed to have died due to an outbreak of H5N1 avian influenza.

Experts from the Dehradun-based Wildlife Institute of India is on a visit to the Pong wetland to assess the situation and give advice to contain the outbreak, Chief Wildlife Warden Archana Sharma said.

She said 10 rapid response teams are working in nine beats of the sanctuary area for the collection and safe disposal of dead birds. 55 people have been deployed for daily surveillance operations.

Besides, a control room has also been set up at Nagrota Surian to receive and disseminate all bird flu outbreak-related information, she said.

Samples have been sent for tests to ascertain the cause of death, Health Minister K Sudhakar said.

Necessary precautionary measures have been taken in all districts sharing borders with Kerala to prevent bird flu, he said, adding there is no need for any worry.

"Six crows have died in Dakshina Kannada district and their samples have been sent for testing. Officials of the health and animal husbandry department will get the test reports," Sudhakar told reporters.

Bird flu has been reported in parts of Alappuzha and Kottayam districts of Kerala, prompting officials to cull over 69,000 birds, including ducks and chickens.

"Once we get the report, based on it, we will discuss it with the Union health ministry and come out with guidelines and necessary action... people need not worry but maintain caution," he said.

Nine crows were found dead in Uttar Pradesh's Sonbhadra district, amid cases of avian influenza in neighbouring Rajasthan and Madhya Pradesh, but officials said it seems like the birds died due to cold.

The deaths were reported on Wednesday evening from the Dala area of the district and samples taken from two of the birds have been sent to a lab in Bhopal for testing, Chief Veterinary Officer, Sonbhadra, A K Srivastava said.

It appears that the crows died due to cold, he said, adding that so far, bird flu has not been detected in the district.

Expert teams have been formed to inspect poultry farms and wetlands in the state's Gautam Buddh Nagar district, officials said, while District Magistrate Suhas L Y has cautioned people not to fall for social media rumours regarding bird flu.

The district magistrate had on Wednesday also held a meeting with senior administration, veterinary, forest and health officials to review the avian influenza situation.

Four crows were found dead in Gujarat's Mehsana district, amid an alert sounded in the state in view of the bird flu cases in the country.

The crows were found dead in the premises of the famous Sun Temple in Modhera village of Mehsana.

The carcasses have been sent to a Bhopal-based laboratory to check if they died due to bird flu or some other reason, Mehsana's animal husbandry officer Dr Bharat Desai told PTI.

"In case of the avian flu, a large number of birds die suddenly. In this case, only four have died due to unknown reasons. Even though it does not look like a case of avian influenza, we have sent the carcasses to a laboratory in Bhopal for a detailed analysis," Desai said.

In Kerala, a three-member central team arrived to assess the situation arising out of outbreak of bird flu in Alappuzha and Kottayam districts.

Later, the team left for Karuvatta, one of the hotspots of the flu outbreak.

According to the state government, over 69,000 birds, including ducks and chicken, were culled in the districts of Alappuzha and Kottayam till Wednesday to contain the H5N8 strain of bird flu.

State Animal Husbandry Minister K Raju has said there is no history of the H5N8 virus being transmitted to humans.

Authorities have banned sale of bird meat and eggs in the affected regions.

To provide relief to the affected farmers, the state government has decided to compensate them for culling their birds.

In Punjab, Chief Secretary Vini Mahajan directed that an animal husbandry department lab in Jalandhar, which was being used for COVID-19 testing, should now be utilised for examining samples for avian influenza.

There is no report of bird flu in Punjab, but measures, like sampling and testing, have been put in place to prevent an outbreak.

The state government has sounded an alert and requisite logistics and funds are available to tackle any situation, the chief secretary said.

"Results of suspected bird flu tests should be made available without any delay," she said.

The Odisha government has decided to form Rapid Response Teams at the state and district levels to avoid the outbreak of avian influenza, though not a single case of bird flu has been detected in the state.

Chief Secretary S C Mohapatra has reviewed the possibility of outbreak of the disease which has sparked scare in various states.

Of the 11,000 samples tested so far in the state, not a single positive case has been found so far, he said. 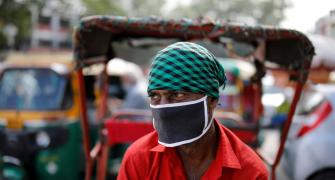 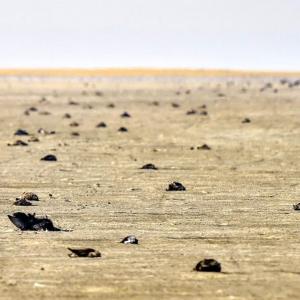