The Indian Air Force on Friday called for avoiding 'uninformed' speculation on the chopper crash near Coonoor that killed Chief of Defence Staff General Bipin Rawat, his wife and 11 armed forces personnel. 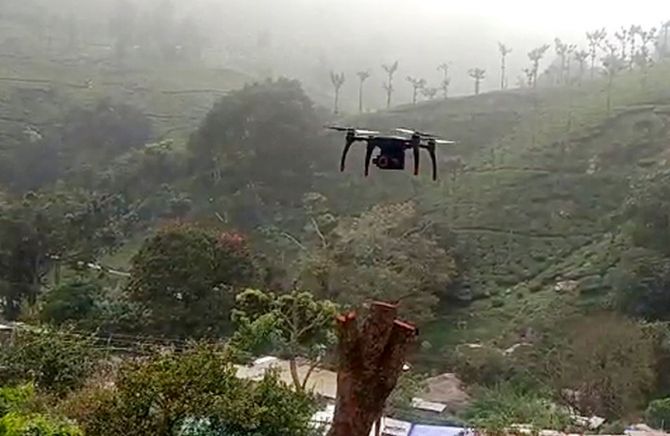 Defence Minister Rajnath Singh told Parliament on Thursday that a tri-service inquiry has been ordered into the crash and it is being headed by Air Marshal Manavendra Singh, the Air Officer Commanding-in-Chief of the IAF's Training Command.

In a tweet, the IAF said the inquiry would be completed expeditiously and the facts will be brought out.

'IAF has constituted a tri-service Court of Inquiry to investigate the cause of the tragic helicopter accident on 08 Dec 21,' it said.

'The inquiry would be completed expeditiously & facts brought out. Till then, to respect the dignity of the deceased, uninformed speculation may be avoided,' it added.

The IAF's comments came amid speculation about reasons for the crash on Wednesday including doubts about whether it was the result of possible sabotage.

Raut, a Rajya Sabha member, said General Rawat had played a key role in formulating the nation's military response against China and Pakistan in recent times.

"So, when such an accident takes place, it raises doubts in the minds of the people," he said, noting that the helicopter ferrying General Rawat was a modern machine powered by two engines.

Raut stated that the entire country and leadership may have been confounded by this accident, and the defence minister or the prime minister should eliminate all doubts.

Meanwhile, reacting to questions raised about a possible Chinese angle into the crash, Chinese government media dismissed any conspiracy theory.