Claiming that the police had no role in the death of Student’s Federation of India student Sudipto Gupta, Trinamool Congress Member of Parliament Derek O'Brien said on Wednesday that CCTV footage suggested that it was an accident.

"Let me categorically state that the police in West Bengal had a mandate from 1977 till 2011 to filter all their actions through a political prism. Thankfully, in the last 20 months, that mandate has been changed. So they can work without any political pressure. Some of the CCTV footage suggests that this was an accident," Derek said.

"Any accidental death is regrettable and tragic. When a precious young person's life is snuffed out, the loss is even bigger for our society," he said.

"We cannot bring the boy back, but what we can do is to stand by his family in their moment of grief and in the future," Derek said.

The Communist Party of India – Marxist has alleged that Gupta died of injuries suffered in a lathi-charge while the police claimed it was an accident. 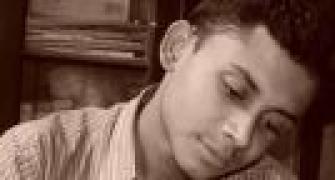