The Central Bureau of Investigation on Tuesday informed a special court that it has challenged the Portugal Supreme Court's cancellation of extradition of gangster Abu Salem to India and that his trial in the 1993 serial bomb blasts should go on here.

The CBI, India's nodal agency for extradition cases, has moved Portugal's Constitutional Court against the Supreme Court's recent ruling confirming the decision to terminate the extradition of Salem in 2005 to face trial in various cases.

"We have challenged the order of Portugal Supreme Court, which had cancelled Abu Salem's extradition, in the Constitutional Court of Portugal. (Hence), the trial of Salem in the 1993 serial bomb blasts case should go on," the agency told the special TADA court in Mumbai.

In the second week of January, Portugal's Supreme Court had upheld an order which cancelled extradition of Salem for violation of deportation rules by slapping new charges which attracted death penalty.

Rejecting an appeal by Indian authorities, the Portugal Supreme Court had upheld the order of Court of Appeal in Lisbon, which had held that there was a breach of Rule of Speciality in the matter of extradition of the 46-year-old underworld don.

Reacting to the order, the CBI had then claimed the Portugal Supreme Court has not cancelled the extradition of Salem and that only a technical point had been raised. It also added the order is not expected to have any repercussions on the status of Salem and on the on-going trial against him in India.

Following the Portugal court order, Salem, lodged in the Arthur Road Jail in Mumbai, had moved the TADA court seeking closure of the trial against him in the 1993 Mumbai blasts. Salem is also facing trial in various other criminal cases.

India had given an executive assurance to Portugal that it would not slap any charges against Salem, which would attract death penalty and would not keep him behind bars for more than 25 years. 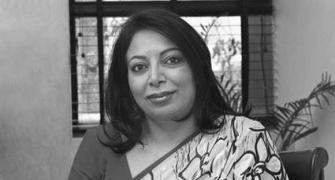