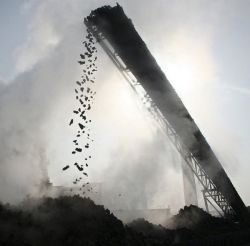 The Central Bureau of Investigation is likely to file its status report in the coal scam before the Supreme Court on Tuesday stating details of its 14th FIR against Hindalco and others and also progress in the remaining 13 cases.

They said the status of probe in remaining matters including those in which investigation has been completed will be conveyed to the apex court on October 22.

The agency would also give a status of the preliminary enquiry registered by it in connection with the missing files, the sources said.