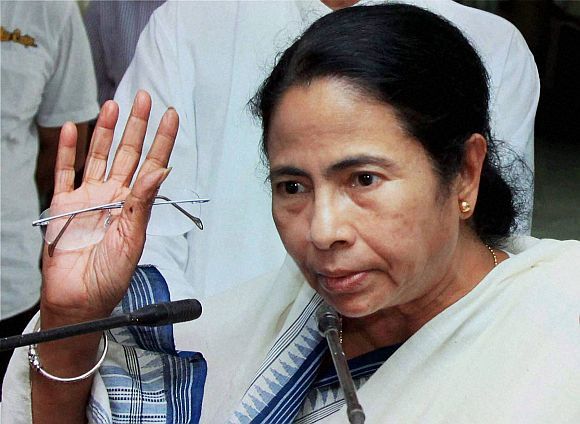 Pulling no punches in her attack against the Bharatiya Janata Partyfor allegedly pursuing ‘political vendetta’ against the Trinamool Congress, West Bengal Chief Minister Mamata Banerjee on Thursday charged that the Central Bureau of Investigation was being used as a ‘political tool’ by the National Democratic Alliance government and was functioning as ‘a department of the Prime Minister’s Office’.

"We are the only party fighting a battle against the BJP, who are trying to bulldoze the TMC. That (arrest of WB Transport Minister Madan Mitra) is political vendetta. The BJP is jealous of us (but) democracy cannot be bulldozed or imposed,” she said.

"The attitude which is displayed (by BJP) is dictatorial. The TMC will not bow down before anyone, except the people of the country. This is a political fight and it will fight (it) politically and democratically. You cannot stop our voice," Banerjee told media persons outside Parliament.

Banerjee maintained that her party had no role to play in the Saradha chit fund scam since it had not taken place under her government. She said there are many cases pending with the CBI in which there has not been any outcome.

"It (the CBI) is not an autonomous body, but a department of the PMO. If the CBI is important, then it should act in public interest. Rabindranath Tagore, who won the first Nobel prize in India... his Nobel medal was stolen, even that has not been found. Has the CBI closed the case?”

"In the Gyaneshwari accident case (of 2010), around 200 people were killed. As the (then) railway minister, I had initiated a CBI inquiry, but nothing happened. In Singur, the Rizwanur Rehman case, in Nandigram, in Netai... nothing has happened? So is the CBI a tool of the government?” she fumed.

As she sought to defend Mitra, who was recently arrested by the CBI in connection with the Saradha scam, Banerjee said the TMC is the only party that has no role to play in any scam.

"If you talk of about our member of Parliament (Kunal Ghosh) who was arrested, we gave nominations to three-four journalists as there was no representation from the media. They were not related to our party. TMC has no connection with any scam. Those who talk about scams should see that charity begins at home (sic).

"The Saradha (scam) did not take place during our government. From 2001-2006, it happened during the Left Front government. And not only in Bengal, but in Kerala, Tripura, Assam, Odisha. Chit fund is not illegal, but in the name of chit fund, cheating people is an illegal thing," she said.

The West Bengal chief minister said that her government had formed a judicial commission after the Saradha scam and disbursed over Rs 250 crore to those who had lost their money in the Ponzi scheme.

"But those who act with transparency are called robbers and those who steal become the leaders of the country," she charged as she cited a Bengali saying that ‘the thief's mother makes the loudest accusations’.

"Those who cheated are very much happy with the BJP now and those were cheated are being arrested. The haves are getting justice and the have nots, who raised their voice, are being arrested," Banerjee said, adding that she would not run away and the "people of Bengal will drive them (the BJP) away".

She said the chit funds come under the jurisdiction of the Centre and under the purview of company affairs, the SEBI and the Reserve Bank of India. There is no law for state governments to look into their affairs.

"We raised this issue. We passed a law in (West Bengal) assembly that our state has not been empowered to seize the property in such cases and return the money to the government.”

"We sent the law to the government (for Presidential assent). Two months have passed, they have said more amendments are needed and sent it back. We again passed it in the assembly and sent it to the governor. But there has been no response," Banerjee said.

Banerjee is in Delhi to meet the President following the recent surgery on him.

Asked whether she would meet Prime Minister Narendra Modi, Banerjee said she had ‘no appointment’ with him. "I am here to meet the Honourable President who is unwell," she said.

Asked about any meetings lined up with leaders of other political parties, she said, "I will be happy to meet others. I don't think any political party is untouchable."

Banerjee also made a jibe at the government in the context of the row over reports that schools were asked to stay open on Christmas to mark 'Good Governance Day'.

"They want kids to celebrate e-governance, first you (the government) undertake e-governance and then ask kids. They are already very smart," she said. 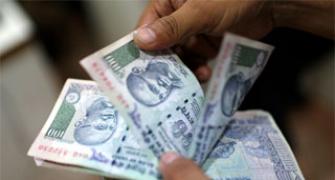 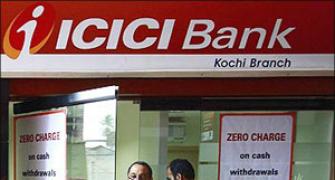 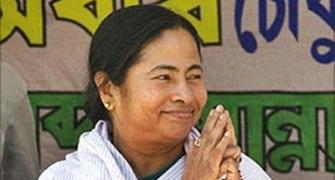 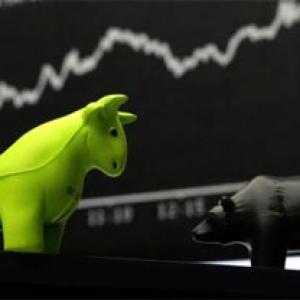 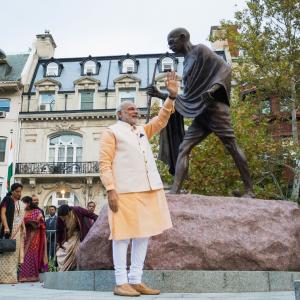