CBI gets 2 months to complete probe in Asthana case

The Delhi high court on Wednesday granted two more months to the Central Bureau of Investigation to complete probe in a bribery case allegedly involving the agency's then special director Rakesh Asthana. 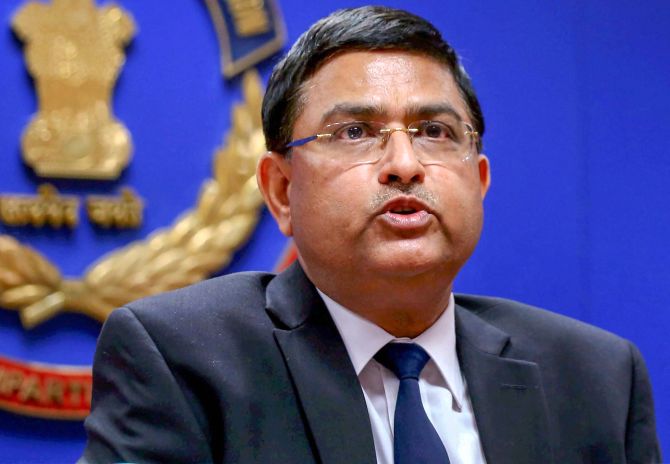 Justice Vibhu Bakhru made it clear that no further time will be granted to the agency to complete the investigation in the case.

The court passed the order while disposing of a plea by the CBI seeking extension of time to complete the probe in the case by six months.

Additional Solicitor General Vikramjit Banerjee, representing the CBI, said Letters Rogatory has been sent to the USA and UAE and the response is awaited due to which the investigation could not be completed.

LRs are a formal request from a court to a foreign court seeking some judicial assistance.

He urged the court to grant three more months to complete the probe.

The plea was opposed by the counsel for the three accused -- Asthana, DSP Devender Kumar and businessman Manoj Prasad.

On January 11, the court had granted 10 weeks to the probe agency to complete the investigation.

It granted four more months after the agency approached the court after completion of 10 weeks time.

Asthana was booked on the allegations of criminal conspiracy, corruption and criminal misconduct under relevant sections of the Prevention of Corruption Act.

Kumar, earlier the investigating officer in a case involving meat exporter Moin Qureshi, was arrested on the allegations of forgery in recording the statement of Hyderabad-based businessman Sathish Babu Sana, who had allegedly paid bribe to get relief in the case.

The high court in January had disposed of three petitions of Asthana, Kumar and Prasad by a common order in which the CBI was directed to complete investigation in the case within ten weeks.