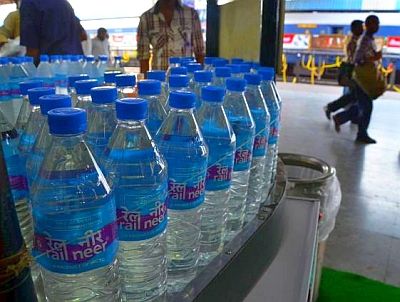 Railways has said that it plans to suspend two senior officials of Northern Railway, following searches carried out by the Central Bureau of Investigation at 13 locations and recovery of Rs 20 crore in cash in connection with alleged corruption in supply of packaged drinking water in premium trains.

"Ministry of Railways intend to suspend two officers raided by CBI," Railways Ministry said in a tweet, which was re-tweeted by Railways Minister Suresh Prabhu.

Earlier in the day, the CBI had recovered Rs 20 crore in cash during searches at 13 locations against two former Northern Railways officials and seven private firms in connection with alleged corruption in supply of packaged drinking water other than mandatory 'Rail Neer' in premium trains.

CBI sources said a case has been registered against the then Chief Commercial Managers (PS and Catering) of Northern Railways M S Chalia and Sandeep Silas.

Silas has served as the private secretary of a former Union Minister.

The sources claimed cash recovery of Rs 20 crore was made from the residence of Shyam Bihari Agrawal, his sons Abhishek Agrawal and Rahul Agarwal who own RK Associates and Brandavan Food Product.

It is alleged that the accused had shown favour to these private firms in supply of cheap packaged drinking water other than mandatory 'Rail Neer' in premium trains including Rajdhani and Shatabdi Express.

However, the private suppliers in order to obtain undue gain, were allegedly supplying cheap packaged water, other than "Rail Neer", available in the market at a rate of Rs 5.70 to 7.00 (approx) per bottle, thereby causing gain to themselves and loss to the exchequer, the official said.

"The accused public servants allegedly did not take any action against the private parties providing catering services in the premium trains despite repeated requests of IRCTC for non-picking of allotted quota of 'Rail Neer' by Private Caterers," the spokesperson said.