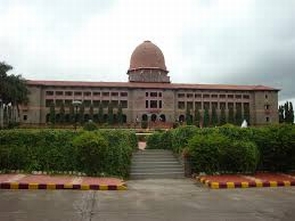 The Central Bureau of Investigation on Wednesday carried out searches in the prestigious National Defence Academy, Khadakwasla, Pune after registering a case against its principal Om Prakash Shukla and four faculty members for allegedly exaggerating academic records for appointment as teaching staff in the institute, officials said.

The agency had registered a preliminary enquiry in 2017 on the basis of allegations that 13 faculty members of the academy were appointed in spite of being ineligible.

'Searches are being conducted today at the premises including office and residences of accused which led to recovery of incriminating documents,' CBI Spokesperson R K Gaur said in a statement.

It was alleged that these academicians had secured their appointments in connivance with the unknown officials of the Union Public Service Commission and HQ-Integrated Defence Staff (HQ-IDS) of the defence ministry.

The teaching posts on which these accused were appointed are civilian positions for which selection is done by the UPSC. On the recommendation of the UPSC, the Defence Ministry makes the appointment, they said.

During the course of enquiry, the agency found that during the period 2007-08 and 2012-13, Shukla (who had joined as Professor now the Principal), Meher, Puri and Bansal and other unidentified faculty members allegedly got selected as teaching staff in the NDA without possessing mandatory teaching and research experience, the officials said.

After nearly an year long enquiry, the CBI converted the PE into an FIR alleging that they had secured the positions on the basis of forged and false certificates indicating their experience and 'exaggerated' Academic Performance Indicator (API) score, which was introduced as one of the qualifying parameter by the defence ministry in 2011 in addition to already existing educational qualifications and experience.

The API score is calculated on the basis of research publications, presentation of papers in seminars, training courses attended etc.

It is also alleged that officials of the UPSC handling the process did not verify or cross check the API score sheet of Meher before shortlisting him for the interview and recommending his name to the Defence Ministry for selection.

Similar modus operandi was also allegedly adopted by Puri during her selection as Associate Professor in 2012 and her exaggerated API score was certified by Shukla and Roy.

In the case of Bansal, Shukla endorsed inflated API scores which were not cross checked by the UPSC officials, it alleged.

Shukla was recently admonished by the Central Information Commission for 'highhandedness' forcing an ad hoc faculty member in 2013 to withdraw her RTI application in which she had questioned the officials of IDS for age relaxation given to an applicant for appointment as faculty in NDA.

Calling it an apparent misuse of position and power, Information Commissioner Divya Prakash Sinha in his order on June 1 had said that Shukla interfered with a citizen's right to information merely by virtue of the citizen being subordinate to him under extant service rules at the relevant time terming it akin to interfering with a citizen's constitutional right to freedom.

'Commandant, National Defence Academy will ensure that the instant order is served upon the concerned Initiating Authority for incorporating the above adverse remarks of the Commission in the APAR 2018-19 of O P Shukla, Principal, NDA,' Sinha directed in his order.