The Central Bureau of Investigation has booked Allahabad high court judge Justice S N Shukla in a corruption case for allegedly favouring a medical college and carried out searches at his Lucknow residence, officials said on Friday. 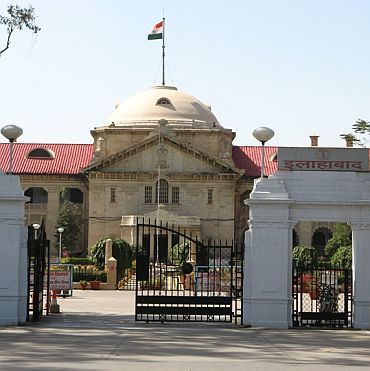 Along with Justice Shri Narain Shukla of the Lucknow bench of the Allahabad high court, the agency has named IM Quddusi, a retired judge of the Chhattisgarh high court, Bhagwan Prasad Yadav and Palash Yadav of the Prasad Education Trust, the trust and private persons Bhavna Pandey and Sudhir Giri in the case, they said.

"...it is revealed that Justice Shri Narayan Shukla...abused his official position and entered into criminal conspiracy...and obtained illegal gratification in order to obtain pecuniary advantage for BP Yadav and Palash Yadav of Prasad Education trust...," CBI has alleged in the FIR.

The CBI has alleged that Justice Shukla received illegal gratification from Justice (Retd) Quddusi and B P Yadav, chairman of Prasad Education Trust which runs a medical college in Lucknow, for getting a favourable order to prevent delisting from counselling sessions for admitting students in 2017.

The case is triggered from a preliminary enquiry registered by the agency on September 8, 2017 based on source-based information about the alleged misconduct of Justice Shukla, they said.

The CBI registered fresh FIR against Justice Shukla on December 4, 2019 after getting a nod from the then Chief Justice of India Ranjan Gogoi in July this year.

The agency had informed the CJI about the preliminary enquiry against the judge and others which was registered on the advise of the previous CJI Dipak Misra when the matter regarding the alleged misconduct by the judge was brought to his knowledge.

The CBI also placed before the CJI a brief note on the preliminary inquiry along with the chronological chart while seeking permission for initiating a regular case for investigation.

An official of the Supreme Court had said this is for the first time that a permission has been granted to register case against a sitting high court judge.

The clearance for FIR against Justice Shukla came months after the apex court, in its administrative side, had taken away judicial work from him.

Justice Shukla joined Allahabad high court on October 5, 2005 and is scheduled to retire on July 17, 2020, according to the high court website.

The former CJI's decision to allow the probe agency to proceed against a serving high court judge assumed significance in the wake of its earlier direction in the K Veeraswamy case in which it had prevented any investigating agency from lodging an FIR without first showing the evidence to the CJI for permission to investigate the judge.

The CBI has booked the accused under section 120B of the IPC (criminal conspiracy) and provisions of the Prevention of Corruption Act, the officials added.

After the filing of the FIR, the CBI started searches at seven locations in Lucknow, Meerut and Delhi, they said.

It is alleged that the Centre had debarred Prasad Institute of Medical Sciences from admitting students due to sub-standard facilities and non-fulfilment of the required criteria in May, 2017, along with 46 other medical colleges, also debarred on similar grounds, the officials said.

The trust challenged the decision before the Supreme Court through a writ petition, they added.

Subsequently a conspiracy was hatched by those named in the FIR and the petition was withdrawn with the court's permission.

Another writ petition was filed before the Lucknow bench of the high court on August 24, 2017, the officials said.

The agency has alleged that BP Yadav, Chairman of the trust, Justice (retd) Quddusi, Pandey and Giri entered into criminal conspiracy to obtain a favourable order from Justice Shukla by "corrupt" and "illegal means".

As part of the conspiracy, the trust withdrew writ from the Supreme Court and was filed before the Lucknow Bench of the Allahabad high court on August 24, 2017 challenging the order of the union health ministry, the CBI alleged.

Quddusi and Yadav allegedly met Justice Shukla in the morning of August 25, 2017 and handed over the alleged bribe, CBI FIR said.

On the same day, matter was heard and the Bench of Justice Shukla and Virender Kumar-II to not delist the college from counselling till next date August 31, 2017.

The Medical Council of India challenged the order on August 28, 2017 which was heard by the then Chief Justice of India and two other judges.

The court directed that bank guarantee shall not be encahsed and also that petition filed before the high court shall be deemed to have been disposed off.

Yadav then pursued with Justice (Retd) Quddusi for return of illegal gratification paid to him, a part of which was returned.

The CBI had registered similar FIR in the matter on September 19, 2017 in which it had booked the former Judge Quddusi, Bhawana Pandey, Bhagwan Prasad Yadav and others for alleged attempt to bribe a senior functionary in the same matter. They were arrested in the matter.

Incidents of bribery in India reduced by 10% since '18